I was in Oxford last weekend as part of a mini-holiday, and I was (as I always do when in a new town) browsing through a charity shop when my wife handed me this, having just picked it up off a shelf: 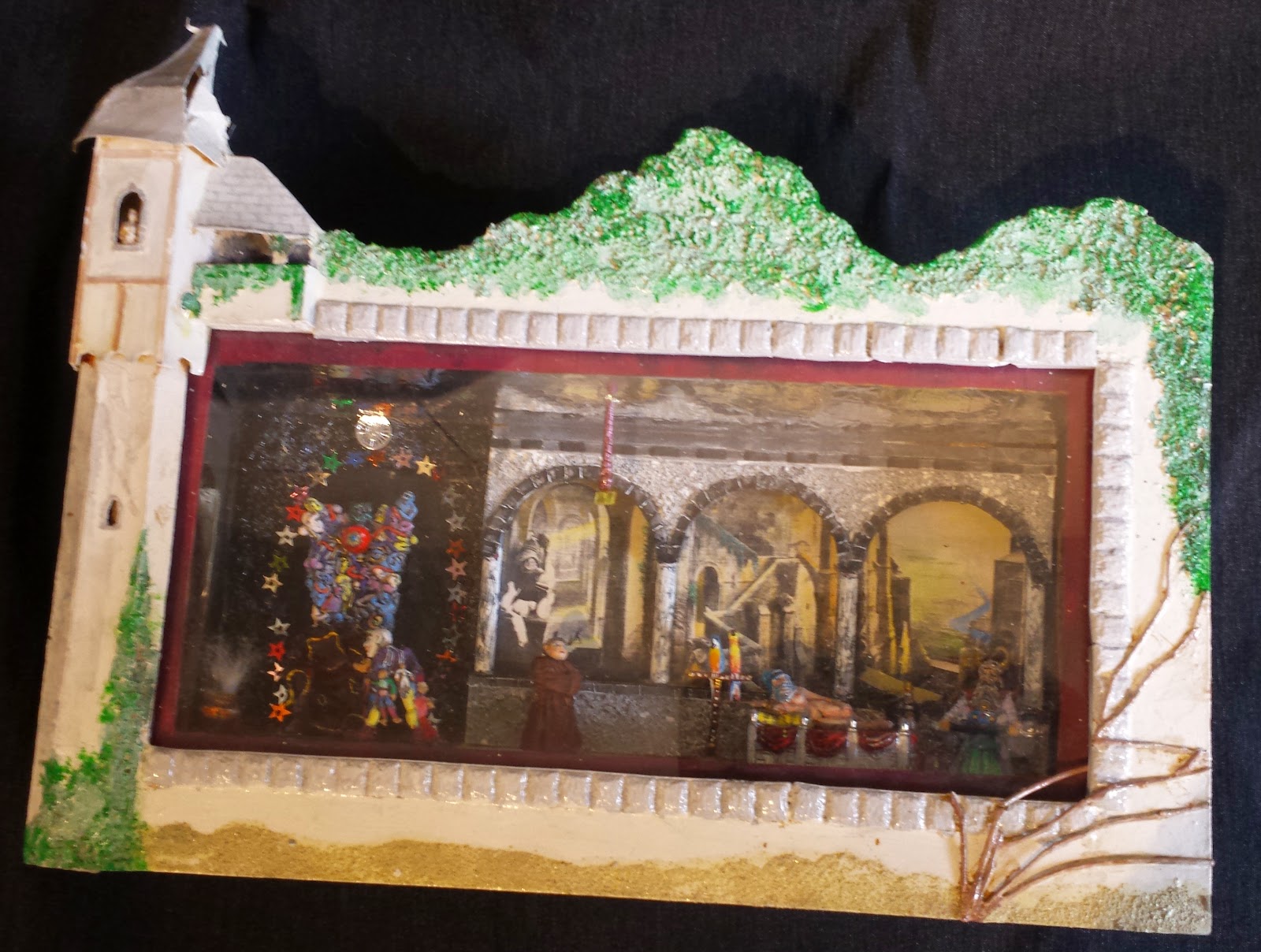 It's a pretty cool diorama someone made using mainly 1980s Citadel miniatures. On the left-hand side of the scene, a hooded figure sits on a bizarre throne, with a bald, creepy mime whispering to him. A friar strolls innocently in the centre, while on the right side a nude, veiled woman reclines on some kind of couch while a bearded figure with a mace stands watch.

There's a coloured, photocopied backdrop behind the arches at the rear of the right-hand side, and, although you can't see it, there's a door in the left side that leads to a shiny foil backing. There's even a teeny figure in the tower window.

I spent some time hunting on the internet, and found each of the figures: the enthroned figure is an old Citadel Sauron:
The bald mime is a C02 Wizard, the Puppet Lord, who appears to be quite rare. 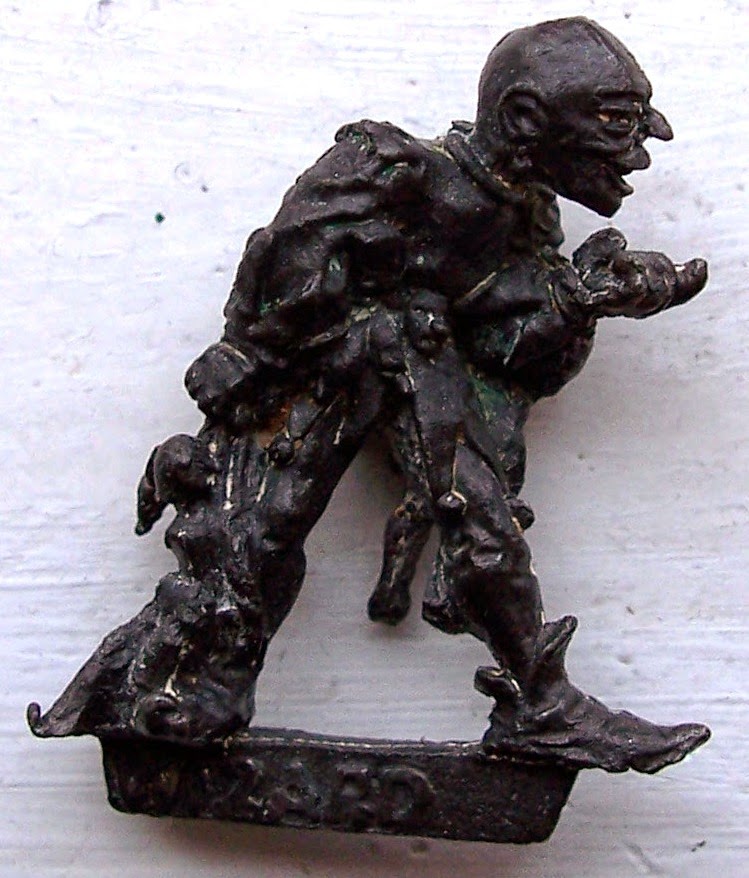 The friar and the horned helmet guy are both old Citadel C03 Clerics: 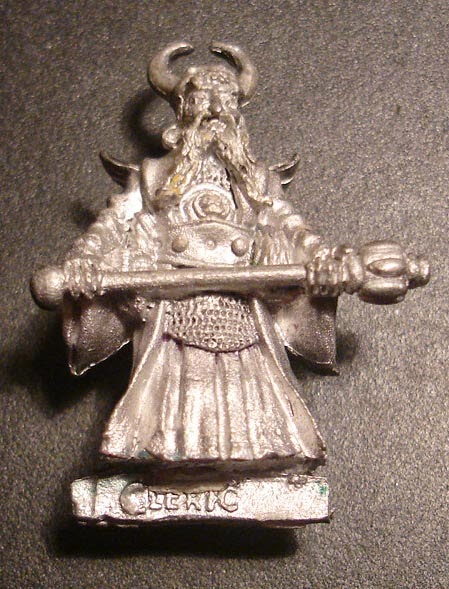 And the woman on the dais is from Pendragon, together with all her various accoutrements. 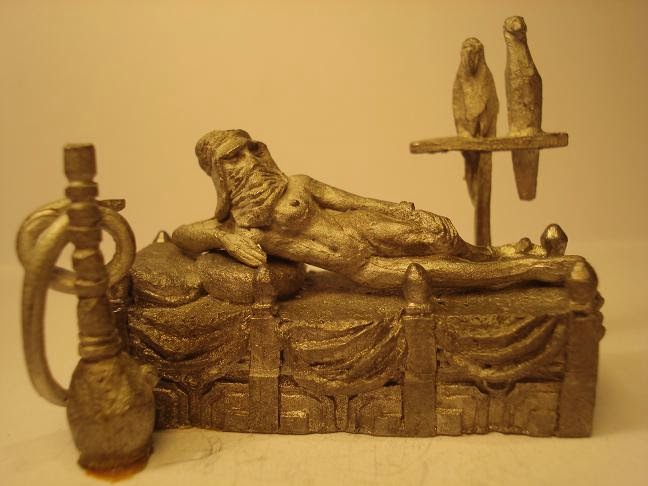 I'm really impressed by the detail of the diorama. Some close-ups: 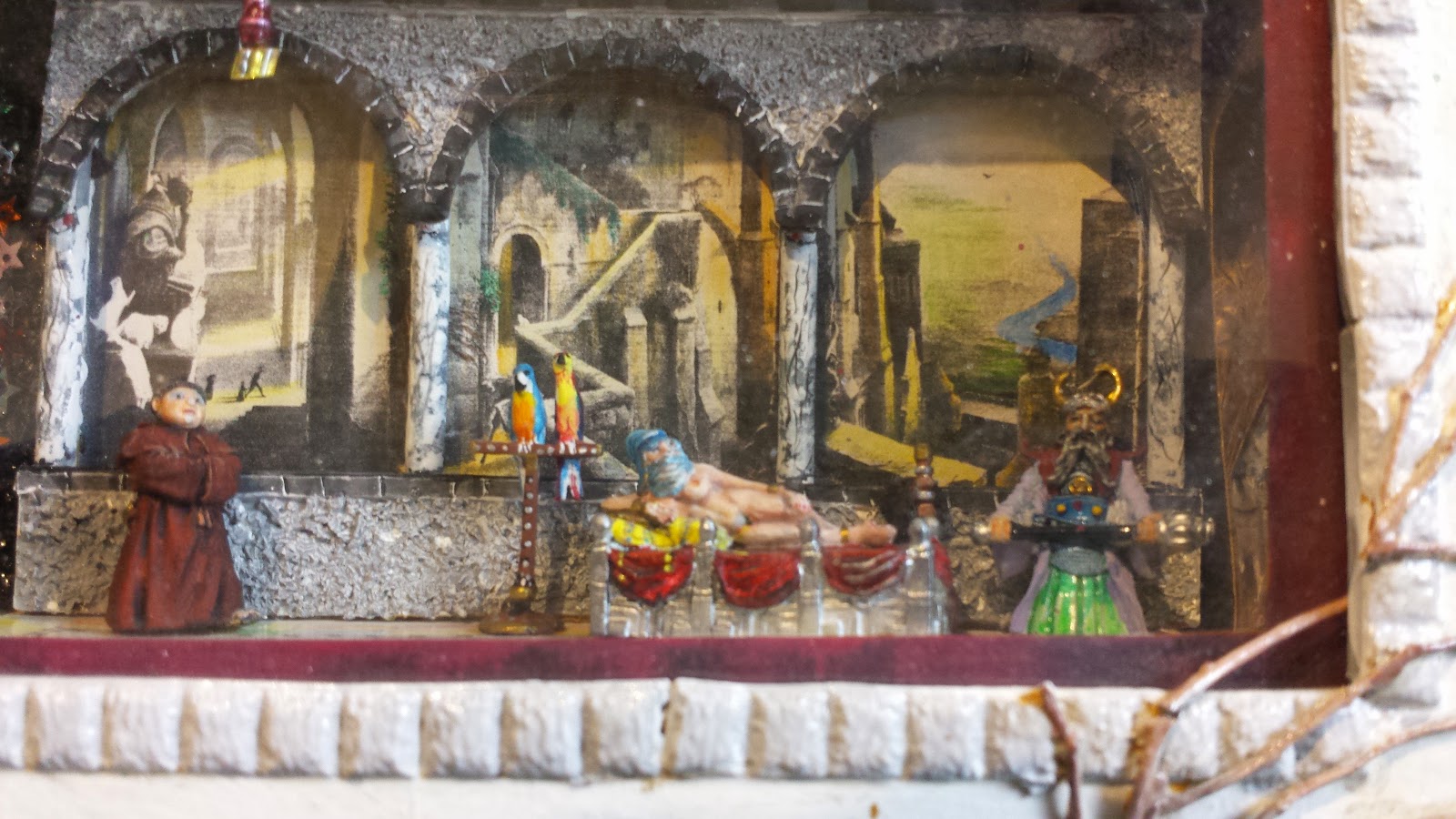 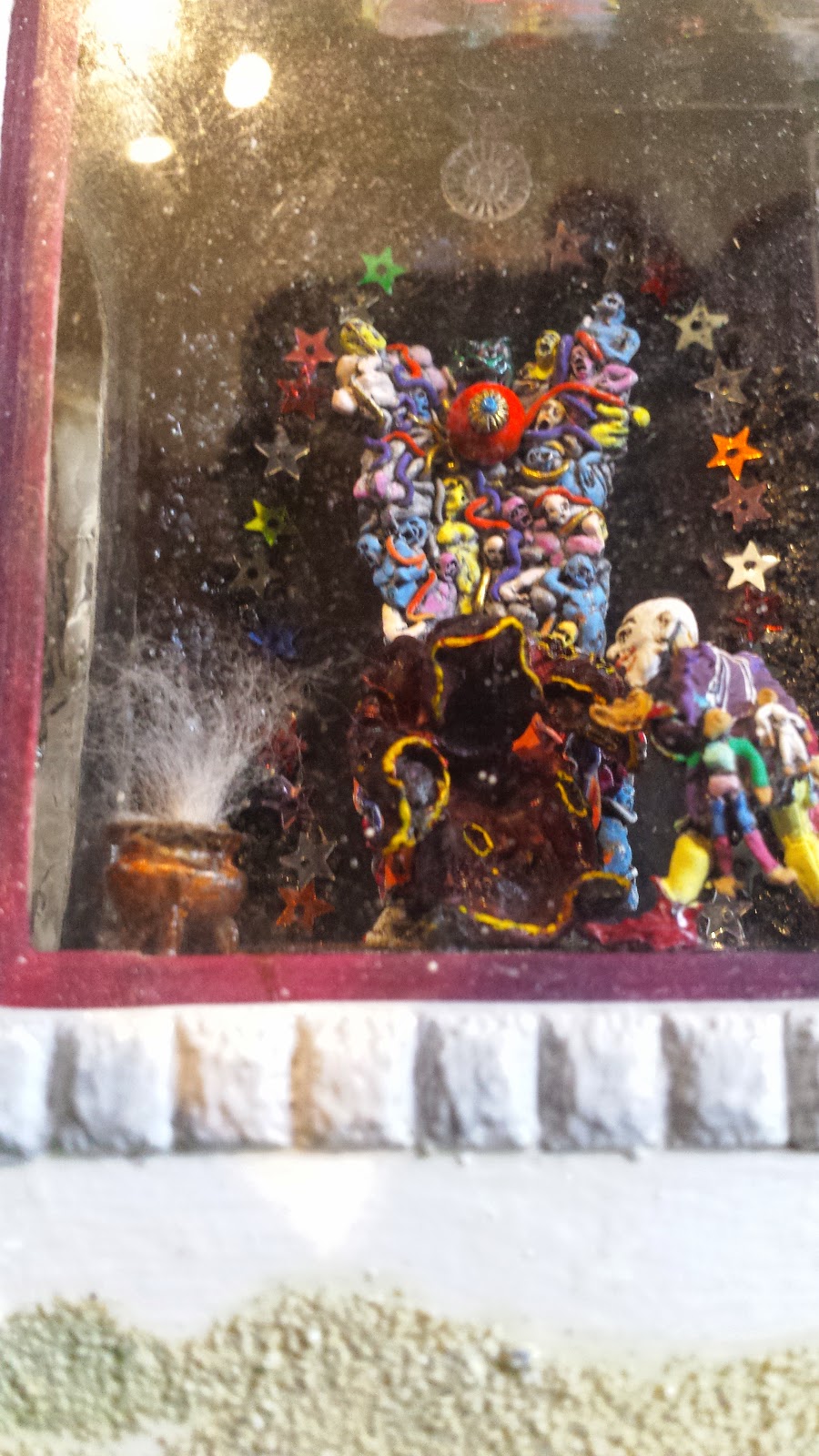 I have to wonder who made it, what it was for (if anything), what it's meant to represent ... and how it came to be in a charity shop, probably 30 years later.

I feel like I'm in a bit of a pickle. I don't have anywhere to put it, and part of me feels like it would be wrong to crack it open, paint-strip the figures and sell them. The complete Sauron and the Puppet Lord in particular seem to be moderately valuable, at least enough to turn a modest profit for the discretionary tin.

I suppose the original owner no longer wanted it, but still ... I don't know.