OK, so I have already posted the first part of my entry in the sci-fi week challenge issued by Chico of Oldhammer on a Budget. I painted up a squad of Reaper Bones IMEF Marines. Since I had a couple of days left, I thought I would add a few more models. I painted up the remaining IMEF model, the sniper, and also added a transport for the squad. 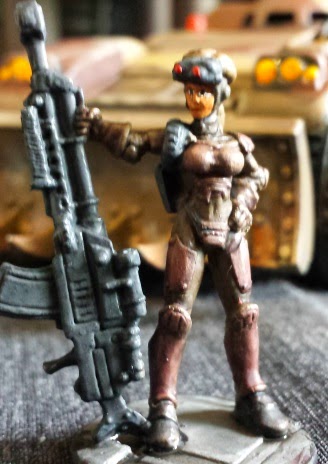 The sniper is done in the same way as the rest of the squad -- highlighting up from VMC Chocolate Brown and then colouring with various inks. I am not happy with how the face turned out, but she looks OK on the tabletop. 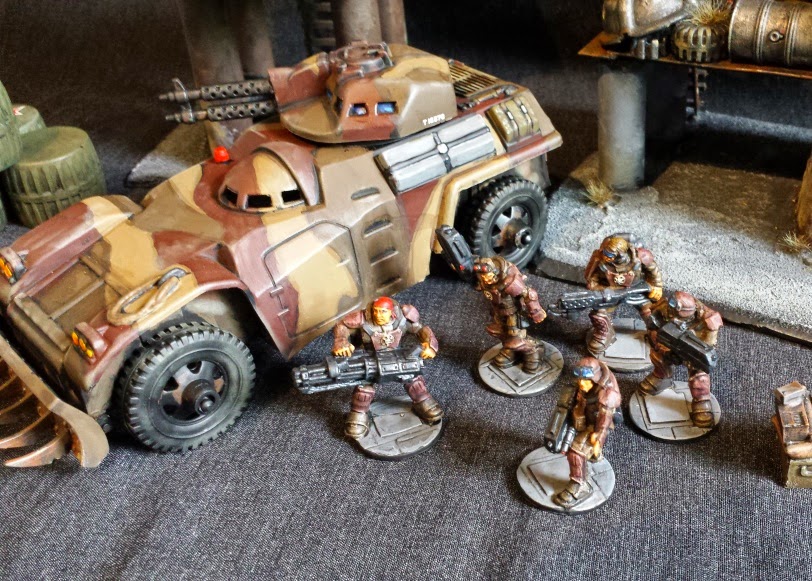 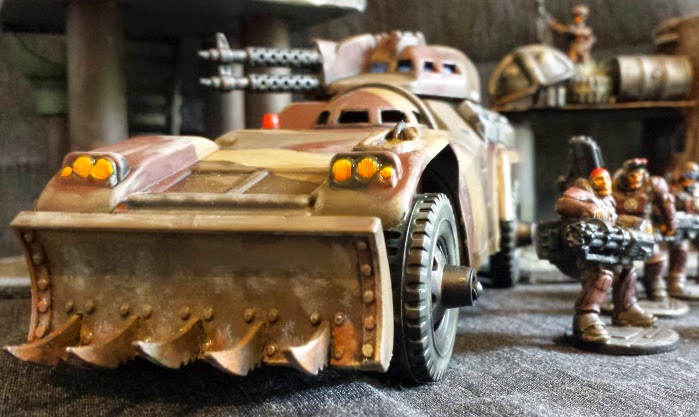 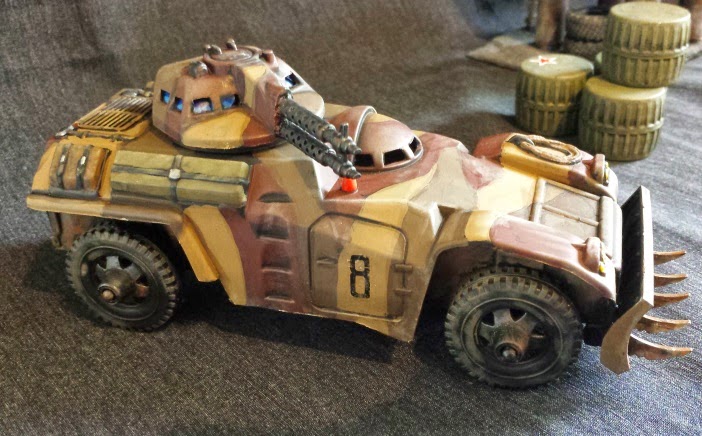 The transport is inspired by a series of posts on the Chaos Arts blog. The transport is a cheap plastic toy armoured car from Little Green Men Toys. I picked up three of them for US $3.75 (about £2.25) each plus shipping on one of my trips to the USA. I chopped off the plastic gun from the turret, added a twin autocannon from a huge set of Robogear toys I got on eBay and stuck on a spare dozer blade from a 40K vehicle kit. I painted it up in a crude camo scheme that uses the main colours from the models, then weathered it kind of random and added a few decals from old tank and aircraft model kits.

So now the squad has a bus to drive around in and someone to pick off HVTs. I think that's not bad for less than a week.