So once again (has it already been a year?) I was in London for Dragonmeet. As usual, I was there promoting Isles of Darkness, but I took the opportunity to sell some stuff at the Bring and Buy and check out the various stands and seminars as usual. 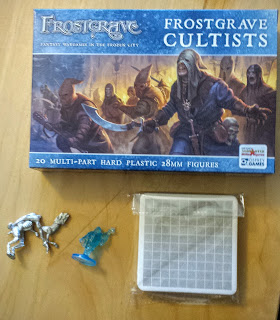 That's really almost everything! A box of Frostgrave cultists, a bitchin' Nuckelavee from Oakbound, a Reaper Bones spectre and a pack of dungeon geomorph beermats from Squarehex. I will photocate the Nuckelavee when it is finished, and I shall have more to say of the cultists anon.

I was also lucky enough to run into Chris Lackey of The HP Lovecraft Literary Podcast, whose show I appeared on like five years ago(!) and who kindly gave me a copy of his graphic novel Transreality,

The last item I got was another thing from Squarehex, but this one was free. Check out this supercool A2-sized poster map: 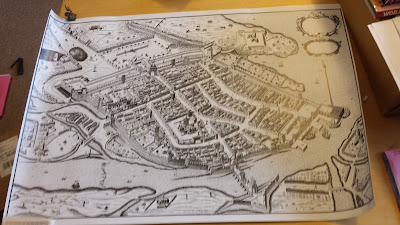 Peter Regan of Squarehex has gone through and edited this early modern map of Galway (confirmed, despite the doubts of Galway native Gareth Ryder-Hanrahan) so that it has no text, just a numbered key and a blank legend. Super useful for so many games! This would be a great town for your game of Lamentations of the Flame Princess or Warhammer Fantasy Roleplay or any other post-medieval but pre-modern setting. Super cool. Here are some (shitty, phone-camera) detail shots: 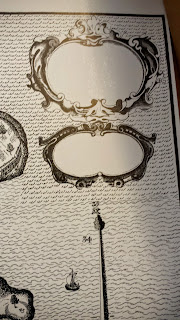 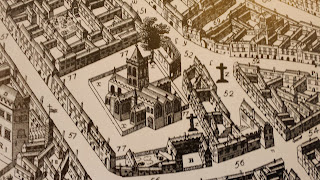 As last year, I went to the live taping of Ken and Robin Talk About Stuff, which was great, as you will hear for yourselves when it comes out.

And that was my con! Saw some pals, shook some hands, got out with my wallet mostly intact. Not a bad day, although one of these days I'm actually going to play a game.
Posted by James Holloway at 03:53