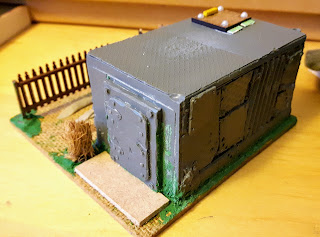 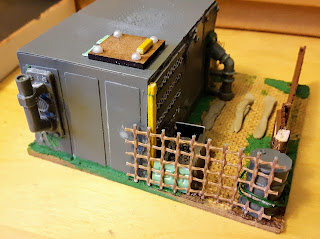 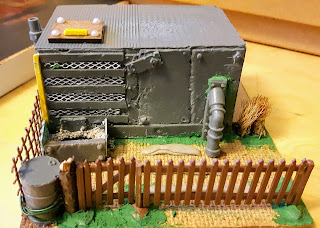 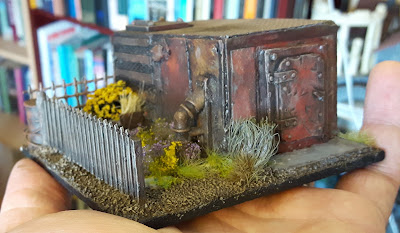 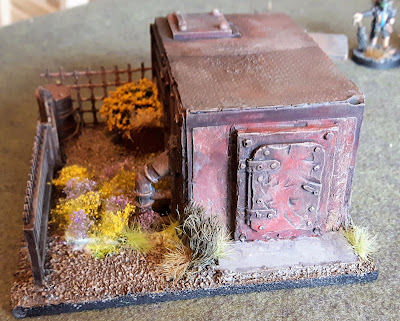 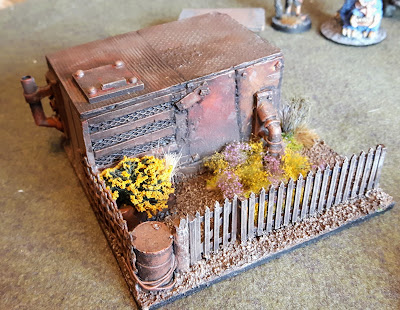 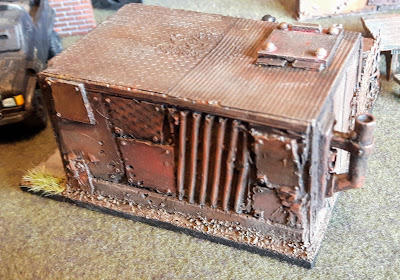 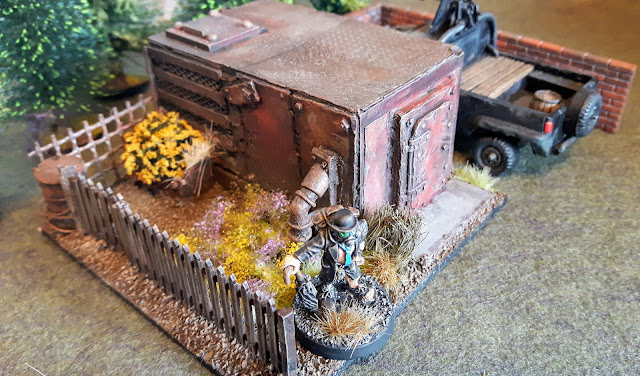 So, I got the board from a friend, the auto-body mesh from a hardware shop, the sticky gems from The Works, the fence from the Lead Adventure sprue exchange, and all the rest of the bits either just from my terrain box or from Ramshackle. Total cost of materials, less than £1. Effect on tabletop: not half bad.
Posted by James Holloway at 03:10