Last week I announced the first ever Monster Man contest, in which you, the listeners of Monster Man, create and vote for cool new monsters based on cheap toys. It's been a great week, so let's quickly recap everything that's happened!

When I launched the contest, I had three great sponsors: Chaotic Henchmen Productions, Otherworld Miniatures and Oakbound Studios. Now we have a new one: Grant Howitt has added a print copy of his appropriately-themed RPG Goblin Quest to the prize pool.

If you'd like to sponsor the contest, there's plenty of time. All prizes are gratefully welcomed, and we'll be accepting new sponsors right up until the end.

The question I get asked the most is: but what if I can't find the actual toy I want to use? Look, I'm not out here trying to limit people's creativity. I'm out here trying to encourage people's creativity. If you have a photo of the toy you want to use and it is not an actual toy you have in your possession, I mean, whatever. Or if, like one entrant, you want to just make a monster out of Play-Doh and wire, you know, that's fine too. Inspiration is where you find it. "Miniatures from everyday objects" is the main theme here.

If you do use someone else's photo, though, please credit it if possible.

Even though the contest was only announced on Wednesday 1st November, as of this writing (Saturday 4th November), I have already received three entries! I'm not going to put up the complete monsters just yet -- I'll try to do it about a week before the end of the contest. But just to give you some idea of what we've seen so far, here they are: 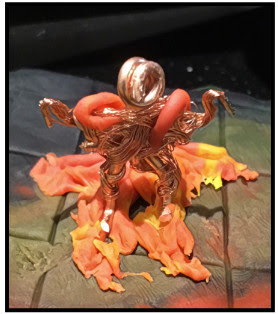 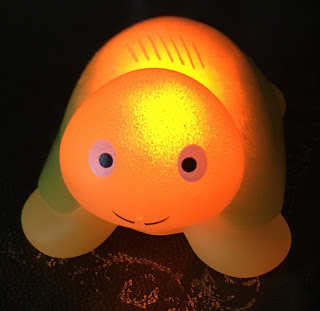 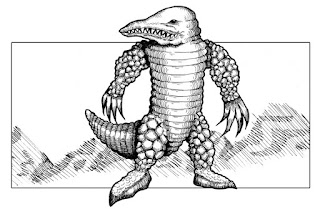 I'm really excited about how these are going so far, and I encourage all of you to send in your monster submissions. It's free or very cheap, it's fun, and you have the chance to win some great prizes.

For more information on the contest, check out the main contest post, and be sure to tune in to Monster Man!
Posted by James Holloway at 01:27