Warband in a week!

A few weeks ago, a friend of mine told me that he'd booked a space in a Frostgrave tournament in London but wasn't going to be able to make it. He asked me if I'd like to take his place, and I said I would.

Later that night, as I was cycling somewhere, I thought to myself "you know, I'm not completely happy with how my current warband looks; I could maybe put together a new one ...

Oh, did I mention the tournament was a week away?

Anyway, I took a quick trip to the lead mountain and the two big file drawers known only as Sprue Hell, and then I did some clipping and sticking while watching TV with my wife. The result was this 650gc warband (not pictured: warhound). Their base textures are circles of textured wallpaper. 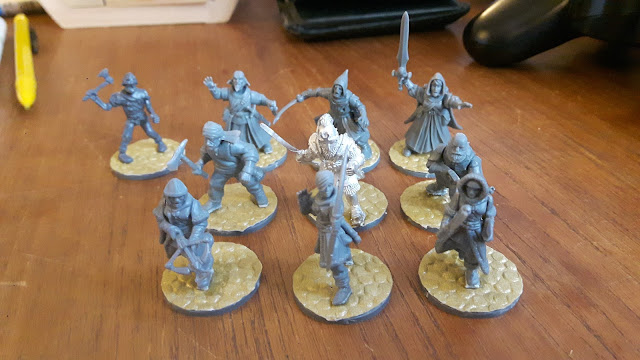 Before I started, I decided that I would run a Necromancer, the wizard type I know best. I decided that I would have a very simple colour scheme, partly based on what I'd done with my last warband: I would use black and neutral colours, with just one accent colour. Lower-ranking characters would be mostly or half black, while the higher-ranking ones would have more red. 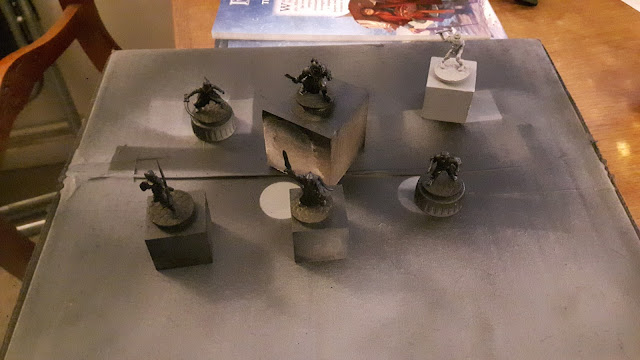 I primed the models in black except for the zombie: I was unfamiliar with the kind of plastic it was made of and haven't always had success using Citadel black primer on new materials. I knew that the base red colour I was using, Citadel's Mephiston Red, would cover reasonably well over the black primer. If you're going to prime black, you have to know this in advance, because bright colours over black can be a real challenge. 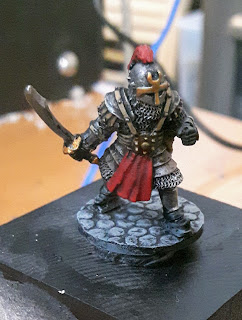 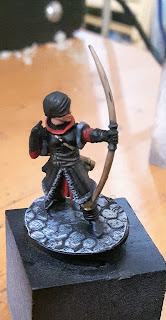 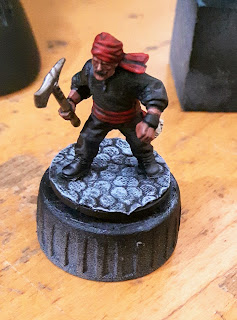 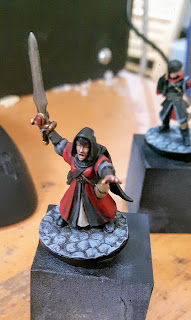 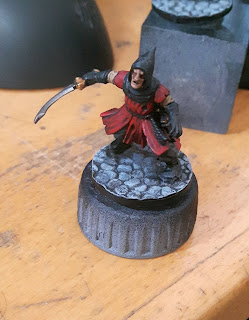 These work-in-progress shots show how I handled the basic painting. I used the Mephiston Red on some parts of the clothing and then lightly drybrushed black areas with a mixture of brown and grey to bring out the texture. I picked a small number of neutral colours: Citadel Xandri Dust, Rhinox Hide, Mechanicum Standard Grey, Leadbelcher, and Retributor Armour. I also decided to paint the faces in slightly varied tones, including Vallejo Base Flesh and Citadel Bugman's Glow, Cadian Fleshtone, and Rhinox Hide. Once I had the base colours on, I gave the whole thing a wash of Agrax Earthshade (except here and there where I washed the faces with Reikland Fleshshade).

Once the base colours were on, I re-highlighted the red and the faces with the original colour, then went up one shade on the red, adding a very faint highlight of Evil Sunz Scarlet. Lastly, I painted the bases and added some Army Painter snow flock to give them that Frostgrave look.

In addition to my warband, I had to create some slimes, both small and large.  These were made from hot glue and given a quick paintjob that began with Coat d'Arms Goblin Green and worked up to Vallejo Yellow-green. I think they look pretty nice for being basically free. 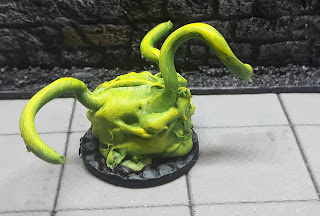 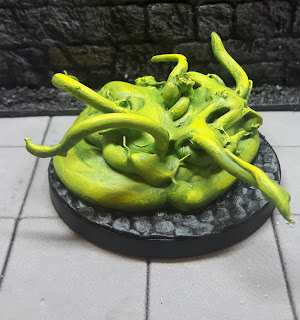 This Slime Lord is a Melty Man from ThunderChild Miniatures. 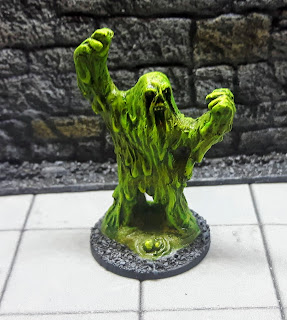 Overall, I'm pretty happy with how my warband came out. I managed to get the entire thing done in a week. I think it demonstrates that the tricks to speed painting like this include:
It was a rush, but I pulled it off and I'm pleased with the results: 13 models from bare plastic or metal (and three of them I "sculpted" in the first place) to ready for play within a week.

Overall, then, I think the warband went well. However, I got walloped in the tournament. C'est la vie! Anyway, here are some photos: 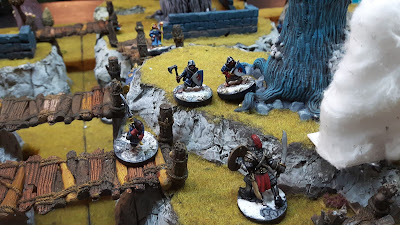 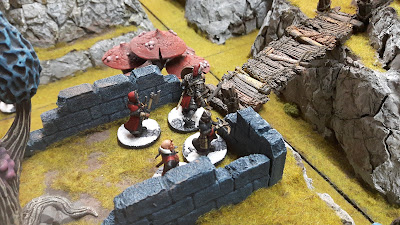 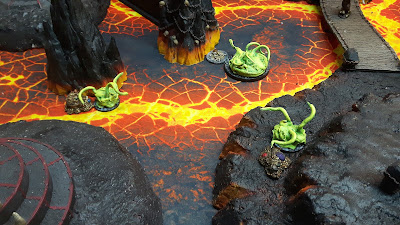 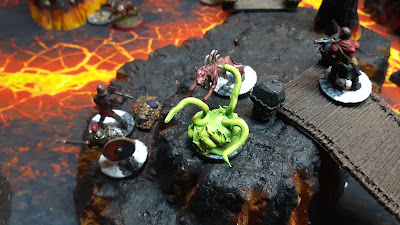 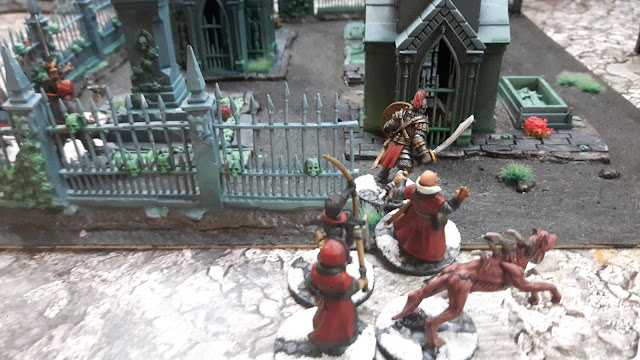 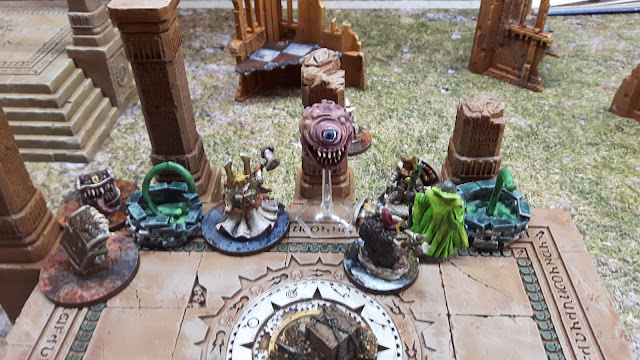