So, David McGrogan of Monsters and Manuals came up with the idea of "adopting" blog posts -- that is, people taking over his unfinished posts. I volunteered to do one about Commando.

"One day, I'd like to make a game based on Commando Comics, the peculiar"

So ... peculiar. I suppose so. Commando preserves perhaps rather an old-fashioned model of comics storytelling. It's full of this kind of thing: 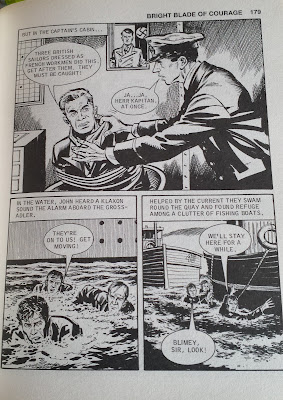 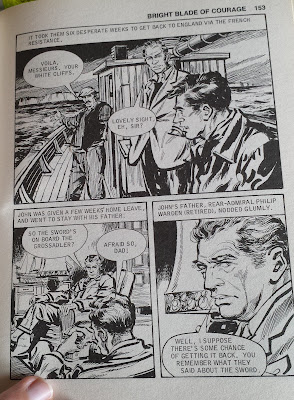 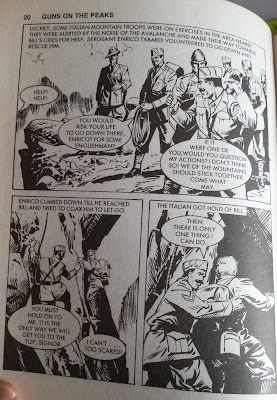 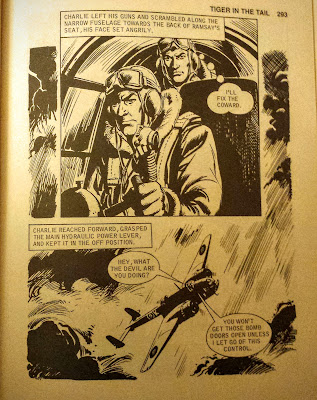 I think they come out once a week, I think, and there's like two to three panels per page, 63 pages per story. Self-contained action stories full of virtue and heroism and not many laughs.

Now, David's original pitch was to make a game out of Commando. I think that would require you to mess with the standard story structure, since the stories are (usually, but not always; these things come out once a week, so there are a lot of stories) typically tales of individual heroism. You could do it with any RPG that had a certain amount of detail in the weapons and stuff, although you don't want a combat system that's too lethal or realistic. This isn't one of yer serious war movies, here; it's straight-faced boys' adventure stuff. In fact, it's very old-fashioned in that respect too.

I was saying to my wife the other day that they make you read "To Build a Fire" in school and it seems to instill in most of us the understanding that man vs nature conflict stories suck. But there's quite a lot of that kind of thing in a Commando story: shipwrecks, mountain climbing, difficult flying, icy waters. Physical challenges that aren't combat. Not usually something that's mechanically interesting in games, but I think you'd want it for this.

So, OK, the players are a group of British military hero types, that's obvious. And we need a system that's got detailed but not super-lethal combat and physical stuff. And maybe we should address the thing that there are only four or five core character types. What if ...

... OK, how about this? What if you create your character, and that's your guy. But in every session the situation is a different one -- like, this time you're on a submarine, in the next session you're paratroopers, in the one after that you're in ancient Rome. So you have your core character who then appears in a different ... I guess a different role in the next scenario. Lets you do the thing of having a bunch of different war stories -- most people don't want to play a whole campaign where you're flying Hurricats on the Murmansk Convoy -- but saves you having to come up with new characters each time.

That appears to be the gimmick of a series of stories in Commando, the "Eagles" stories, which are about the military exploits of the same family at all different periods of British history: 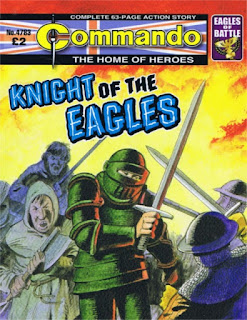 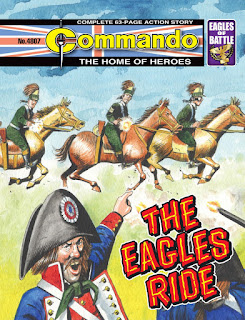 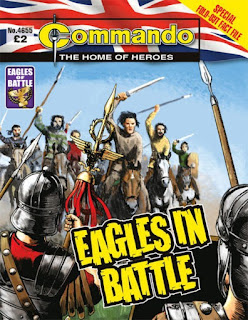 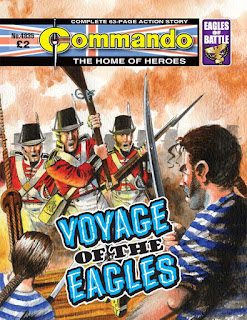 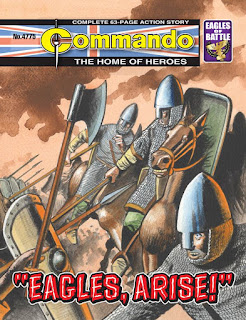 Actually, that was kind of the idea behind a game from the 90s called Amazing Engine, which never really went anywhere. It was your basic generic system, but I think the idea was that you actually created a single character who would then kind of quantum-leap into different settings? Something like that.

If we want to mechanically emulate the themes -- which we might or might not -- maybe the best thing to do would be to take something like the Virtues system from Pendragon and bolt it onto whatever system you're using (or, hell, just do it with Pendragon)? Is there a good modern mod for Pendragon?