I don't get to go to Salute every year for scheduling reasons, but this year I was able to make it! I didn't get as many photos as I'd like, but I can give you an impression of what I did, anyway.

I arrived early and got a pretty good place near the head of what soon turned out to be a long line: 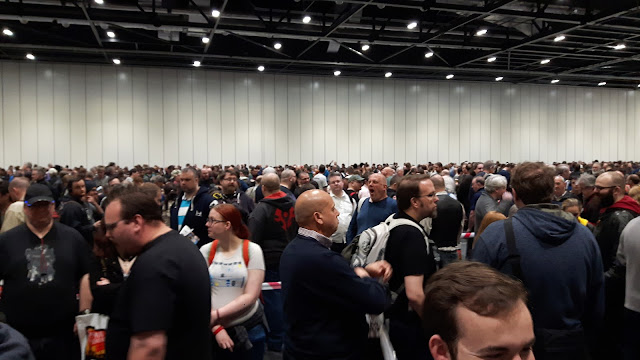 I picked up some preorders, snagged as many free goodies as I could and made some small impulse buys, but my main goal for the early art of the day was to play in a game refighting the little-known 1239 Battle of Lodi Vecchio. It's all part of a larger project about gaming and history. I use elements of gaming in some of my classes, so the subject interests me, and it helped that the rules were the simple and fun Lion Rampant, which I knew a leetle about.

Players were divided into teams: my partner played the defenders of the town while I played the forces of Holy Roman Emperor Frederick II hurrying to reinforce them. Ranked against as were the forces of the Cardinal of Milan.

It was a close-run thing, and confirmed for me that I really like the Dragon/Lion Rampant games. There were moments where I looked at it and thought "welp, we've lost," and then moments later when I thought "well, I guess we've won," but in the end our opponents clutched it out. Well-played to them, and thanks to the team for running the game so smoothly.

After that I went back to wandering around the show, ran into some friends, took some photos, bought some more stuff, did a speed-painting competition (didn't win), etc. Here are some more random photos from the show: 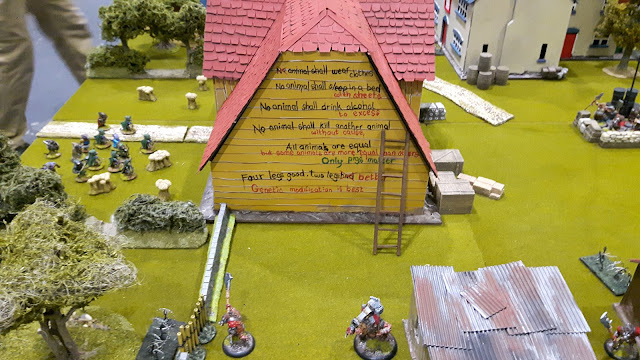 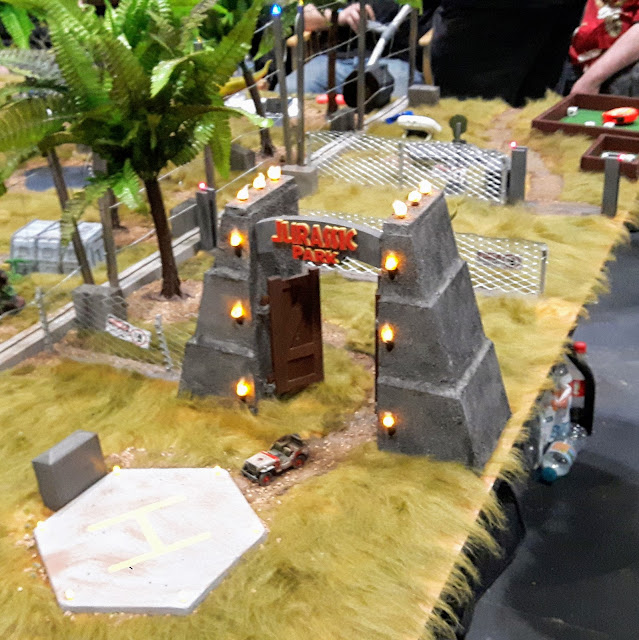 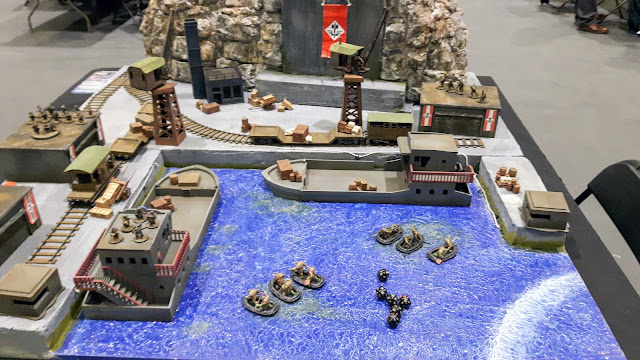 I came away with a big pile of miniatures, of course, but as always I managed to avoid getting into a whole new thing, which I think is the thing that usually leaves Salute-goers broke. Of course, this may simply be because I am already into everything there is. Look for some of my Salute purchases painted up over the next few months, with luck.

I wanted to give a special shout-out to Bad Squiddo Games. The last time I was at Salute, in 2015, Annie had just released the first in her line of Believable Female Miniatures, which was sold out by the time I got there -- a sign of things to come, as it happened. Now she has dozens of models in her range, plus all kinds of other stuff, and is the best one-stop shop for models of female characters. I got a chance to look at the sculpts for her next Ghosts of Gaia Kickstarter, and I actually think they look even better than the last ones. Anyway, my point is that in just two short years she's built something really impressive, and that's a huge testament to the effect hard work, ingenuity and a really good idea can have.

Anyway, that was Salute, and if you think my workbench was covered with figures before, you should see it now. Things are still busy here, and I have some work projects I can't really talk about, so I can't promise that future updates will go back to being regular, but hopefully I should have a few big miniatures posts between now and BOYL in July.
Posted by James Holloway at 02:42