It's been a school holiday, and I've spent some time catching up on my painting. Naturally, although I have some ongoing projects, I have not been completing them; I keep coming up with ideas for things I'd rather work on. I think this represents a lack of enthusiasm for the Chaos knights, but who knows.

In any event, here are some models I've painted over the last few weeks:

The Nob is old, but the others are part of a project I'm doing to refurbish some old plastic Orks and turn them into a Blood Axe unit for my Ork army, which is currently all Evil Sunz. After that I'm going to turn the plastic Orks from the 2nd edition boxed set into a unit of Goffs. "After that" might be a while, though; I have a few more of these old plastics in the post even as we speak. 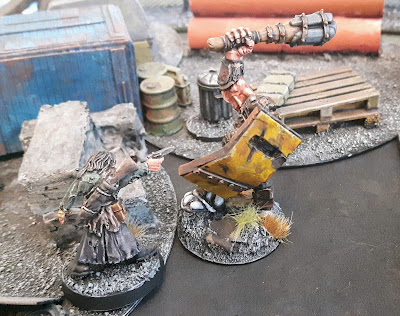 This club-swinging post-apocalyptic warrior comes from Ramshackle Games; I gave him a shield based on a Foxbox miscast and a spare right hand from an Ogre model, because I originally got him as a free miscast and he was missing some of his parts. I am really pleased with how he turned out, and with my ever-growing post-apocalyptic collection in general. 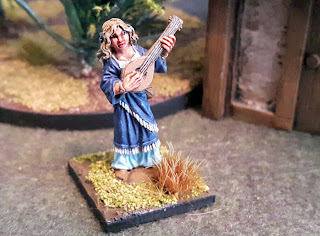 This Grenadier fantasy model is one of that huge collection I acquired last August. I am trying to knock out one or two of these guys every time I do a batch of priming, although I keep ... getting distracted. She'll be a great addition to my general collection of fantasy-game civilians, although because she's an American model from the 80s, she's tiny compared to most modern figures. 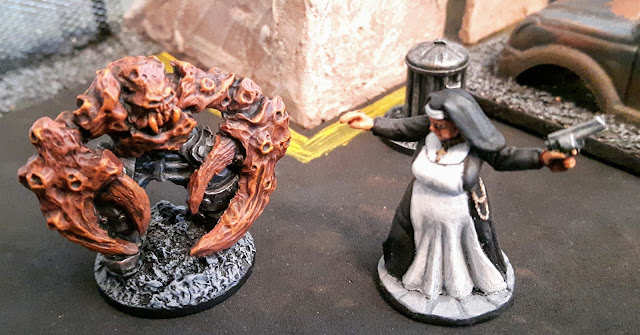 This crab guy is a Ramshackle model picked up at BOYL last year. I can't believe I'm already starting to plan for this year's! I am pretty pleased with how he came out; the colour is more vibrant in real life. 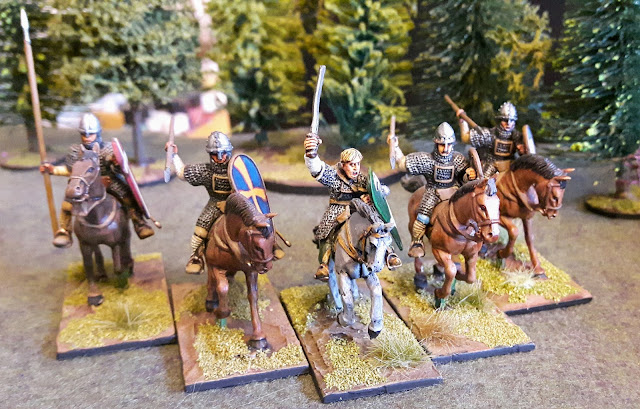 Only the model on the right end of the unit here is new, but hey, it's nice to have a Warlord and unit of Hearthguard for SAGA. With the addition of another Norman I have lying around, they become a unit of Elite Riders for Dragon Rampant. Next step: paint enough models to have two units of Hearthguard, and then start on a unit of mounted Warriors. Lot of cavalry in a Norman army, you guys. 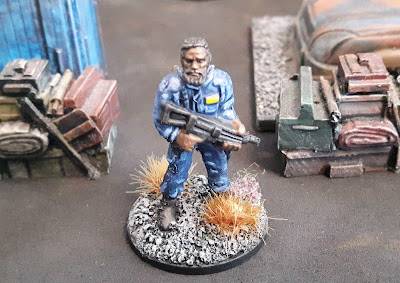 This security guard is going to be the focus of an entire future post. Looks quite unremarkable, doesn't he? But he has a fun backstory. 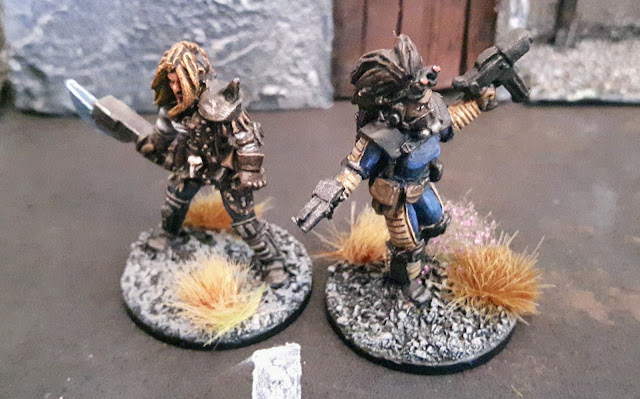 And here are some more survivors from the Bad Squiddo Games Ghosts of Gaia Kickstarter.

I have a few more things on the go, but that should give you some idea of what I've been up to over the last few weeks.
Posted by James Holloway at 01:40