Miniatures in a LARP?

In this event, however, there was a war going on, with the players' side having a command post with a big map. The map needed to be a strange fantasy Britain, so we used a medieval map and printed it out split over 16 sheets of A4 to fit on four large pieces of foamcore. 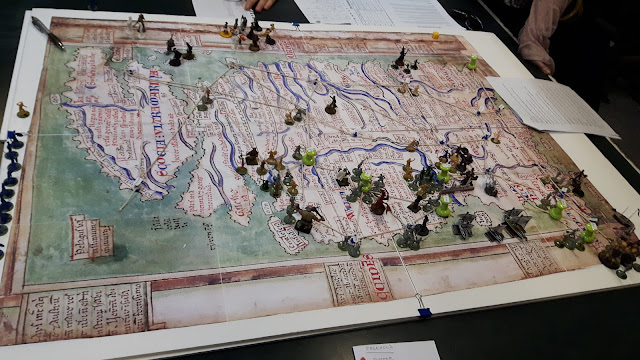 But what to use for models? We had about a week and a half to get this ready, so we used a load of 1/72 figures I had lying around for the rank-and-file troops. For the rest, we used all sorts of things:


A lot of the paint jobs were pretty hasty, and as you can see from the dragons I didn't clean the mould lines at all, but actually I think they came out pretty well. I will post photos of more of the individual character models, hopefully this week, but hopefully this gives you some idea of the overall look. I wasn't the only one who contributed models, either, but the ones that I did were enough to keep me pretty busy through the week!

In the end, I think the players had a pretty good time. 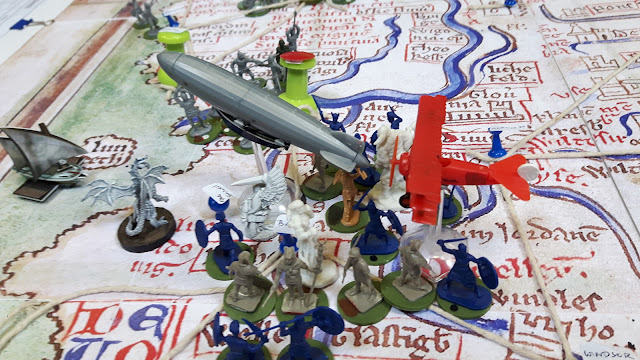