It's been a good weekend for charity shops and car boot sales. Here are a few of the things I've been picking up! 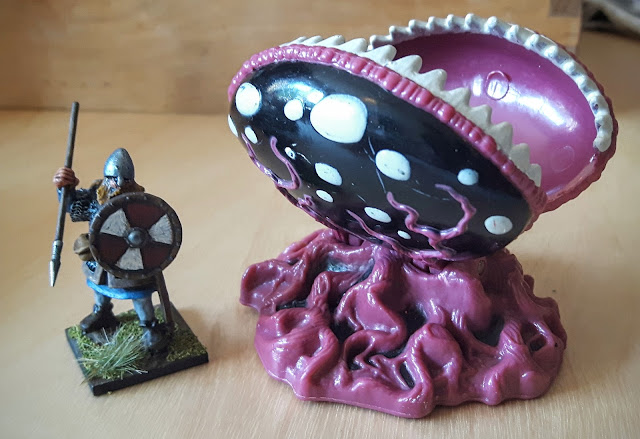 I don't know where this toy came from, but it's going to be an alien plant for Rogue Trader and similar games. I hope to paint it such that its spring-loaded mouth will still open and close. I got it out of a 50p box at a car boot sale. 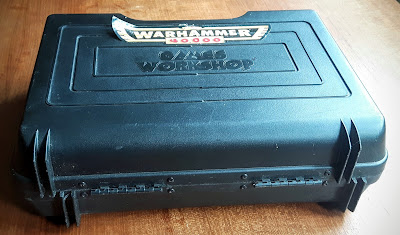 My wife picked this carrying case up for me while out shopping on Saturday. Not bad for £2! I owe a lot of my cool frugal-gaming bargains to her alertness.

And finally, the thing I'm probably most excited about ... 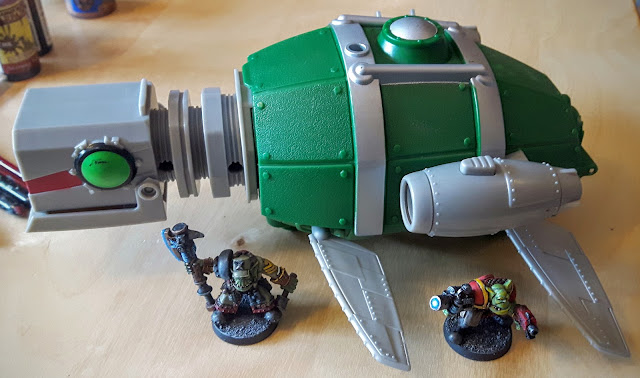 This is a Teenage Mutant Ninja Turtles submarine, but when I'm done with it it's going to be a dropship for my Orks. I'm thinking of removing the front fins and replacing them with more substantial wings or thrusters, while the top hatch will probably become a gunner's turret with a Gretchin head sticking out. Obviously the mouth will get some big plasticard teef. I will probably give it a big old tailfin just to make it look less turtly.

I think these are being cleared out, presumably because of the new film; I saw one in a discount retailer for £15, but I got mine at a car boot sale for 50p because that's how I roll. It's missing everything it could be missing, like the periscope and the figure that comes with it, but that's actually ideal for me.

It even opens up, although I think detailing the interior might be a bridge too far.