I am, as I have mentioned, on holiday at the moment, and that means holiday reading. One of the things I've been reading, or more accurately rereading, is The Chronicles of Master Li and Number Ten Ox by Barry Hughart. I first read the first of these novels, Bridge of Birds, in high school, where it was recommended to me by an English teacher. I read the others over the years, although I don't think that they're as good as the original (they're a bit predictable). 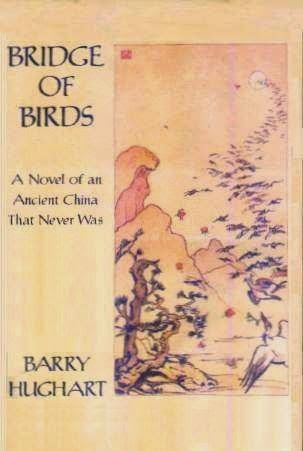 The setting is kind of a fantasy Tang Dynasty China, with its own weird history and all kinds of goofy exaggeration, much more the China that appears in kung fu movies than any actual part of Chinese history. Master Li is a goofy old Taoist sage who works as a detective, and Number Ten Ox, our narrator, is his good-hearted Watson. The books are good, but if you wanted to say there was a certain amount of corny Orientalism (or Chinoiserie) in them I wouldn't disagree. There are definitely some flaws there.

But what I wanted to talk about today is the number of dungeons there are in the first two books, Bridge of Birds and Story of the Stone.

In Bridge of Birds, we have a baddy who lives in a castle over an underground labyrinth, with secret instructions to find the cache of treasure in it. Once Li and Ox find the clue there, they head off to two other dungeons, one of them an island puzzle where they're being chased around by a sort of giant invisible monster and one of them a network of caves full of traps and evil monks. Then they go back to the first dungeon and attack it from a different perspective.

Story of the Stone is much more centred on a single location, in this case a valley where a long-dead madman is believed to have returned to do all kind of evil stuff. And seriously like a quarter of the book is these guys exploring the dungeon -- going through it, hearing local legends about it from the people in the valley, entering it at different times through different entrances, finding how its various areas link up to each other, looking for clues, interpreting information, fighting, running like hell, discovering deeper areas, the whole bit. It is a really richly-described dungeon exploration in novel form, and if you like that sort of thing it's really worth checking out.

Quite apart from it being a pretty good book, of course.
Posted by James Holloway at 17:24