A long time ago I picked up this cheap plastic dragon toy at Poundland; it came in a pack of two for, y'know, £1. I didn't know what I was going to use it for, but I was pleased by its resemblance to Fin Fang Foom. 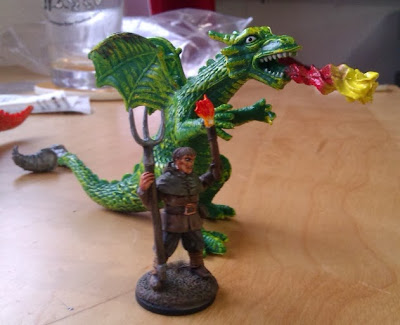 Anyway, it lingered in a drawer for years until I finally decided to do something with it. I have a dragon-like monster coming up in my D&D game (not a dragon per se, but a creature that looks a bit like one), and dragon models are expensive, so I thought this stubby-winged abomination might do for it. 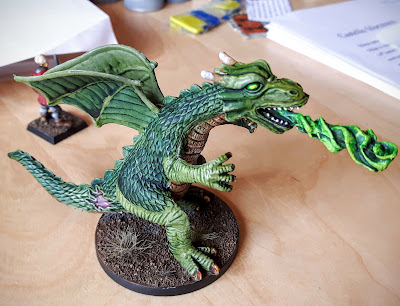 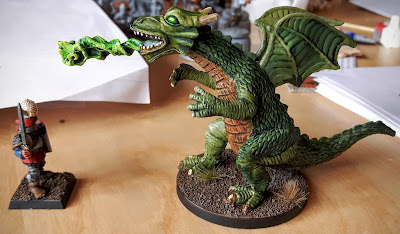 I did what I usually do with cheap plastic toys; mostly ignored its mould lines, gave it a bit of a scrub with washing-up liquid, let it dry, primed it with Halfords grey car primer, drybrushed it, coloured it with ink washes and filled in a few spot details. Here's the final result: