Zombies! Dozens of them!

So, friend Adam asked me to talk a little about my zombie apocalypse miniatures projects. However, he said "like The Magonium Mine Murders," so I expect he's going to be disappointed. I haven't put anything like the level of thought into the zombies as I have into that project. Still, though, let's take a look:

So there was a period when everybody and their mum was doing some kind of zombie project on Lead Adventure. I was already interested in post-apocalyptic gaming, and the two seemed to overlap naturally, as well as overlapping with some of my other collecting interests. 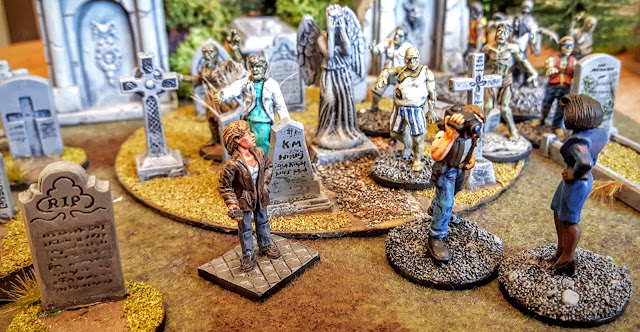 So over the years I've been putting together a zombie project. I consider it mostly finished: I have a few dozen various survivors and about 60-70 painted zombies, which is all I really need for most games. 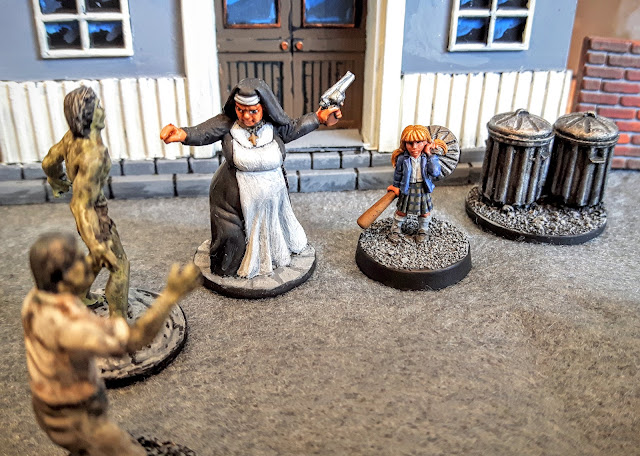 For rules, I've had good results using a little two-page zombie skirmish rules set from Akula's Rules (although the file doesn't seem to be available at the moment).


The rules include a number of different types of zombie -- fast ones, big strong ones and clever(er) ones. I have various different models I use to represent these. 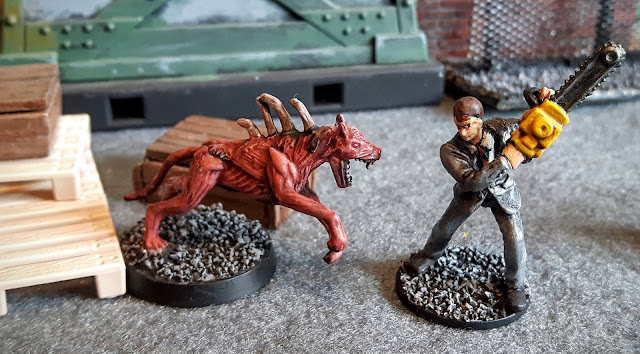 In proper frugal gaming style, quite a lot of my zombie collection are really cheap models, like these repainted HorrorClix figures (the guy on the right also has a head swap). They are a bit large, but on the other hand eh. 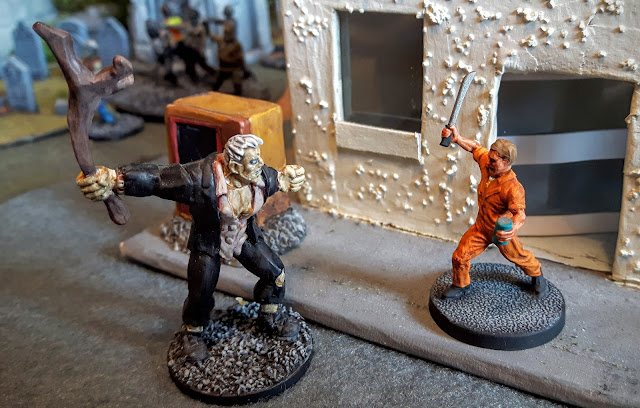 Both some of the zombies and some of the survivors (like the guy on the right) come from Wargames Factory kits (have these since been purchased by Warlord?). The models are only OK, but the price is right. With the zombies in particular, it's all about the massed effect. 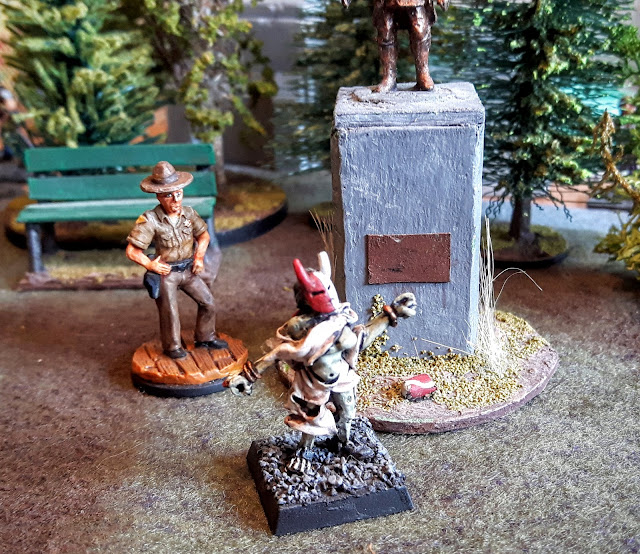 Some of the other models are from the first Reaper Bones Kickstarter, like the guy with the fro above and this state trooper here. 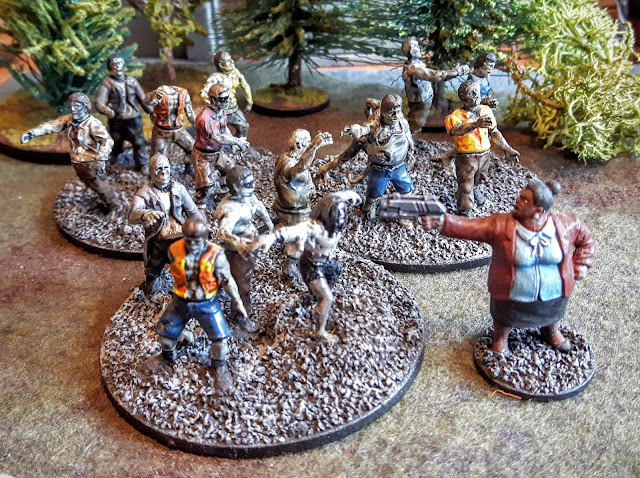 Horde bases serve as mobile spawn points for the zombies. These models were super quickly-painted and just bunged on some large bases, but they do the job of suggesting a roaming mob of the undead. I also have some "hand reaching out of a grave" and "oozing green toxic waste barrel" spawn points, although I can't currently find the latter.

What's really missing from my collection at the moment is more properly urban scenery. When I set up a full-scale town, I need to make sure there are plenty of parks and maybe a docks where I can deploy my crane and all these crates and containers. I do still have a train station and firehouse I need to do something with, but you know how it goes. One thing at a time.

Despite the shortage, I view this project as pretty much done and only return to it every now and again when a cool new model falls into my hands (like the lady with the mobile phone in the second photo in this post). I haven't played anything to do with it in years, but I could always dust it off and host a game if anyone feels like it.
Posted by James Holloway at 01:11