So, in addition to progress on my Age of Sigmar project, I've been painting a few extra models, including some minis from that big haul I received in early August. 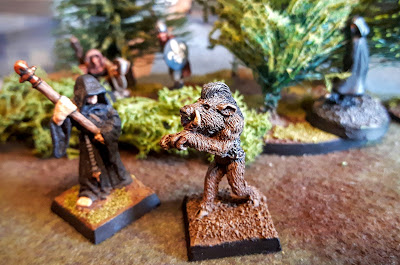 This wereboar is from Grenadier, and is shown here with other models of the same era. Compared to more modern/British-influenced models, it is titchy, so I will probably not use it as a big, terrifying monster in games. Instead, it's gonna be more of a pathetic mutant type. 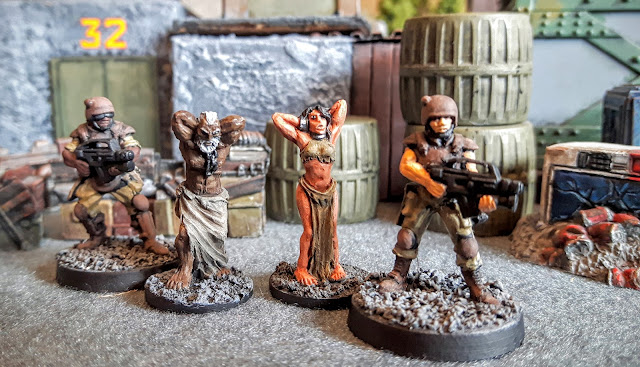 These prisoners come from Ramshackle Games and will make excellent objectives for rescue-type missions. 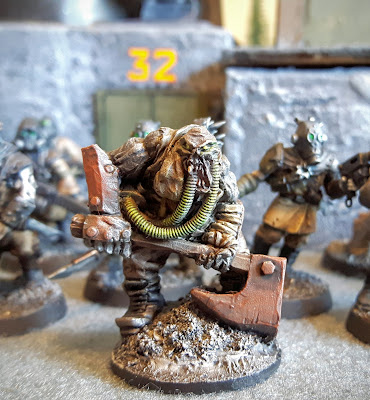 This hideous axe-wielding mutant is also from Ramshackle, and will wind up leading the assault squad of my Chaos cultists or serving as a general baddie in post-apocalyptic games. I love Ramshackle's whole aesthetic, and I'm really pleased by how this guy came out after a super-quick paint job. 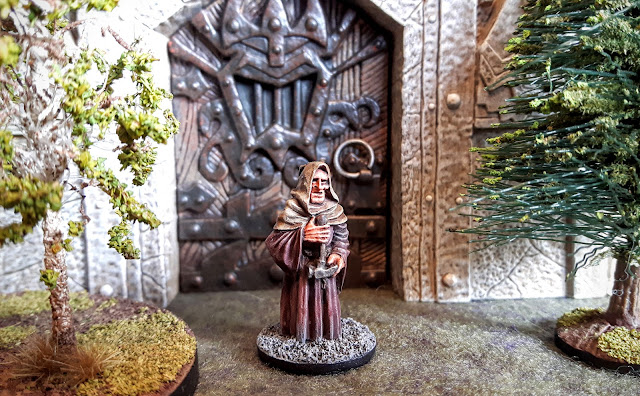 Another Ramshackle model, this is a giveaway figure from BOYL 2016. I may have already shown him, but whatever.

The fair Gwendolyn is a lovely 1980s Grenadier model -- like a lot of that range, she is a lovely portrayal of a female character, not super sexualised and just generally useful. However, like other Grenadier models of the era she's tiny. 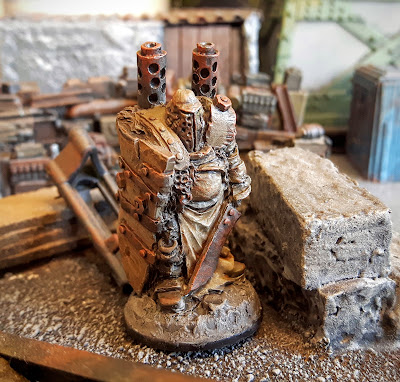 This massive brute in rusty armour comes from, you guessed it, Ramshackle, and is going to serve either as a generic wasteland baddie or as a champion of Nurgle. If he's going to be in the Nurgle army I should probably add a contrasting purple element to his paint scheme, but I'm not sure where it would go. The colours look a bit washed out in the photo, but oh well.
Posted by James Holloway at 01:06