I was in London last weekend, and while waiting for the film I was going to see (Beyond the Gates, which my podcast co-host Jesse is in -- it's coming out in the US later this year and in the UK early next, so keep your eyes open) to start, I popped into a Poundworld (which I assume is a larger store composed of many smaller Poundlands). And I got some of these: 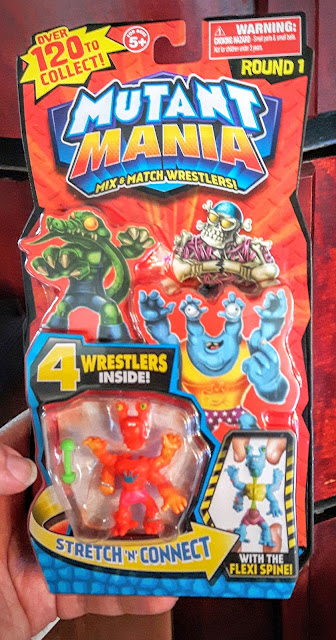 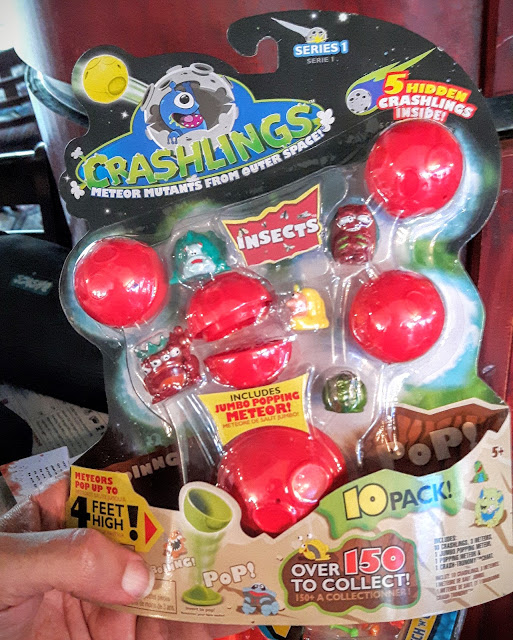 Ah, pound store toys. I got the Crashlings mainly because I thought I could do something with the meteors, but the little monsters are cool too. I thought the wrestlers might make a good source of parts for conversions. And I was happy to wager £2.

So here's what I got for my couple of quid:

These are the wrestlers. They are randomly packed, although I believe you can tell from the one on the front what faction the others in the pack will belong to. I think these ones are mutants, but there are also robots, insects, aliens etc. 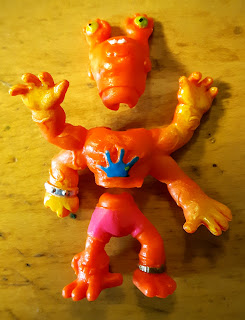 They come in interchangeable parts, and I think the heads are particularly promising for conversions. I think that sludgey guy might actually wind up more or less unchanged in a game of Wasteman, which has that kind of horror-cartoon aesthetic already. And I do like models made of translucent plastic. 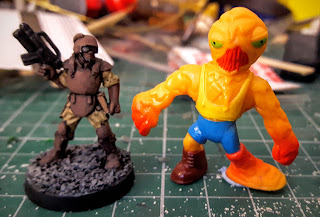 Here's one next to an em4 trooper -- as you can see, they're pretty big. I think they might have potential, particularly that sludge dude. Their backs aren't solid (because of the way they stick together) but I can probably putty them closed.

These are the asteroids. Sorry about the lighting, but you get the impression. The larger one is kind of rubbery and probably won't take paint well, but I think the little ones should be fine. I think they'll make fun terrain for Wasteman (again) or even Age of Sigmar, which has a crashed-meteor scenario. They're a little too cartoony for most space games, although I guess they might fit with the aesthetic of a game like War Rocket, which I don't play because I'm the kind of person who makes frugal gaming posts. If I ever win the lottery, though.

And here are the Crashlings. I think they look pretty OK, but I probably won't get much use out of most of them. I might use them as base decoration on Wasteman or Ork models (I guess some would be pretty nice squigs!). I will probably use the little king guy and the snail to his right, plus the meteors, so even though I don't want them all, that's still pretty good for a quid.
Posted by James Holloway at 01:12