It's been a busy week, but I have been out and about running some errands, and I did get the opportunity to stop into some local charity shops.

This gate is a Mega Bloks toy I got for 30p. Apparently it's a Mag Warriors Dark Portal, although those look greyer than this is. Perhaps it's a different kind of portal? I don't know, but it looks nice, especially for 30p. It even lights up and plays a sort of wub-wub-wub-wub building-up sound, so that'll be useful. I'll have to be careful when I paint it not to cover over the light-up areas. Still, I'm pretty pleased with it. Where's yer Baleful Realmgates now? (Costing 50 times as much is the answer.) 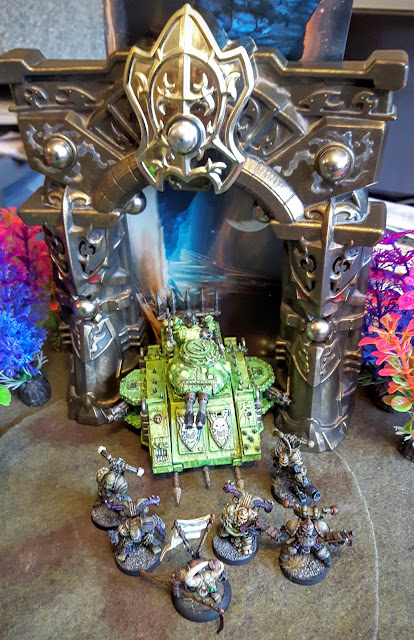 This miniature isn't a charity shop find or anything, but he was free so I'm including him here as a catchall. He is an Essex Miniatures ... something-or-other, and he is apparently stabbing himself right in the beard. It looks a bit daft, but actually I think he came out not badly with a simple paint scheme. That's a common theme with the Essex models for me. 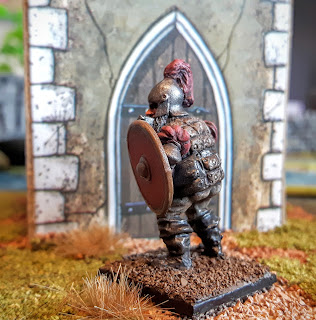 Similarly, this guy is an Essex model, for whom I have written a longer backstory. He's part of a group of minis who will feature in a little miniscenario I will post up here when I've done them all, which will be ... well. A while.

I think he came out quite well! 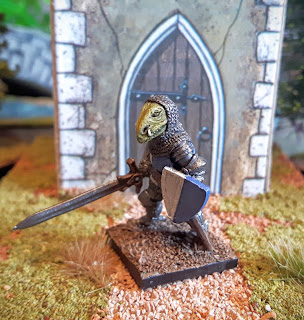 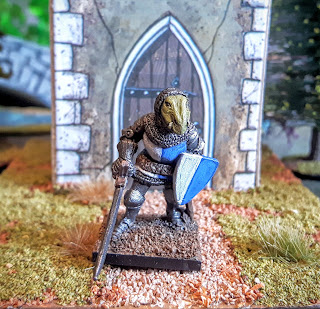 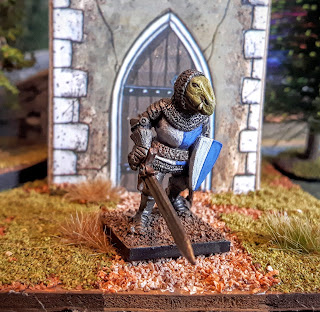