One of the events that's been proposed for this year's Bring Out Your Lead event in August is a little Rogue Trader "tournament" (the Oldhammer scene doesn't do tournaments, so let's say 'collection of themed games') organised by the creative and resourceful Curtis Fell of Ramshackle Games. The points total is supposed to be 1,200, which is pretty notional given the number of different army lists that fall under the rubric of "Rogue Trader," but again, that stuff isn't so important -- it's just a good way to organise your models. I've decided to try to put together a few forces and use them to motivate me to paint stuff between now and then -- and I'm beginning with what I think will be the easiest one, my Orks.

For this force, I've used the Evil Sunz army list in Freeboterz, because it matches the paint scheme I used on my models. I have probably bent the rules in one way or another, but c'est la vie. Some of these models belong to my friend Alex, but I am sure he will not mind them getting an outing on the battlefield. The points values include various table choices and equipment that I'm not going to discuss.

BADLUG, the Warlord. Your typical Evil Sunz warlord, i.e. a vainglorious narcissist obsessed with showing off the latest gadgets -- in this case is pricey new power axe and probably some kind of power field. 110 points (technically some of these points are for rolls on the relevant weapons tables, but I only have the one set of models, so). 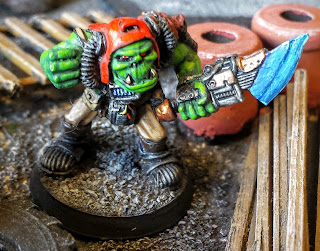 His retinue, five Drillboss Nobs in power armour plus another pair of Nobs to be his personal standard bearer and musician. As previously established, the musician is a colourful character who can't stop shouting his own name. His name is "Hello Cleveland." No one knows why. Also a Gretchin to carry the snacks. 200 points. 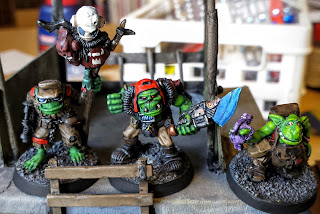 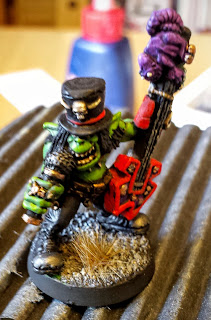 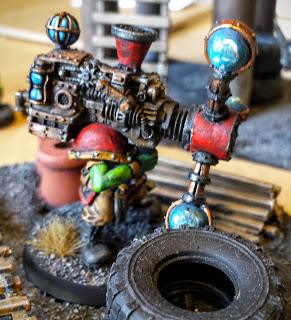 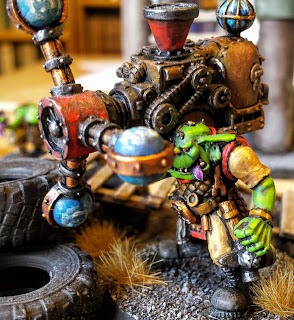 RATFINK, a Runtherd, accompanied by five stands of Snotlings (for the Shokk Attack Gun). 90 points. 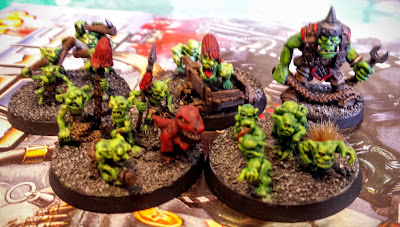 THE BIG MOB, 12 Boyz with some heavy weapons, led by another Nob from the retinue. 235 points. 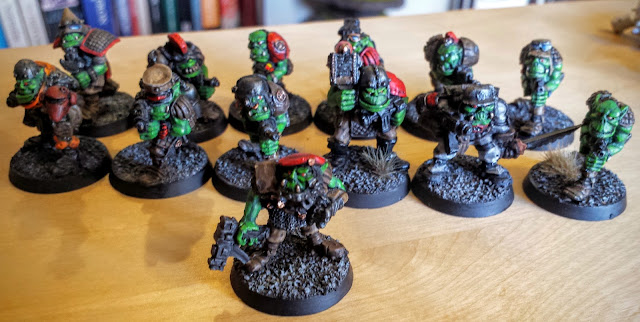 BOYZ MOBS, kitted out for hand-to-hand and led by another pair of Drillbosses. 150 points. I know one of those Nobz is a Blood Axe, but it's too good a model not to use. 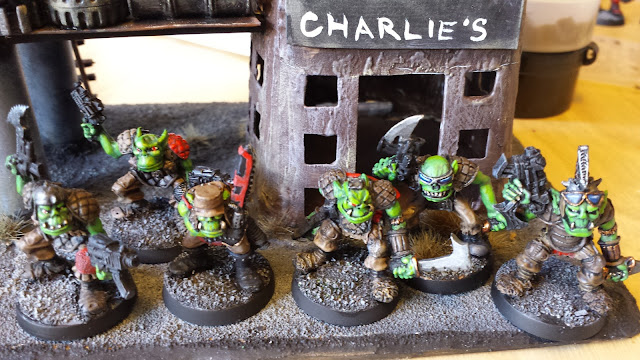 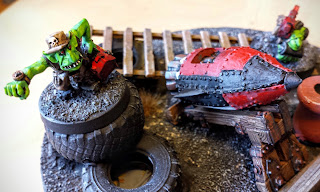 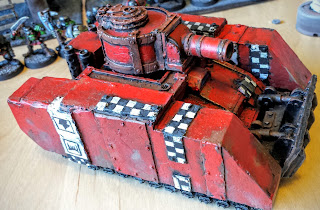 Total: 1200 points, although there might be some tinkering to do here and there.

TO BE PAINTED: this is pretty promising, actually! It's one of the Mekaniaks, one stand of Snotlings and a Gretchin. I can do that in four months, no problem. 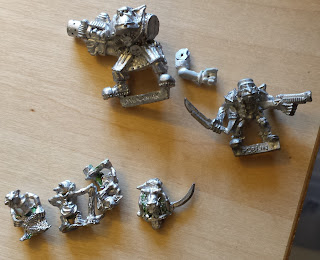