One of the reasons I write this blog is as a resource and a thinking-out-loud space for games I run. But I'm not sure that it is very effective in that role, partly because I'm so worried about spoilers. After all, I don't have a huge number of readers, which means that a lot of the people who read this are people I personally know. And some of those are people who might wind up playing in one of my games.

I know that people say worrying about spoilers is a sign of bad writing or whatever, but I am 100% clear that a lot of my games work on gimmicks and shock value. When I put the eye guys on the table, I got the reaction I wanted from my players; "what the hell is that?!" Even apart from that, good encounters in D&D often have mystery elements, and that's not even mentioning my Requiem game, which is at least 50% a mystery/conspiracy game.

Maybe I should just draft my posts before I introduce an element into the game. That way I can have the thinking-out-loud value of writing them, and then I can put them up after the thing appears, whenever that is.

Anyway, this has just been me pondering. Thanks for reading; as a reward, have some pictures of miniatures. 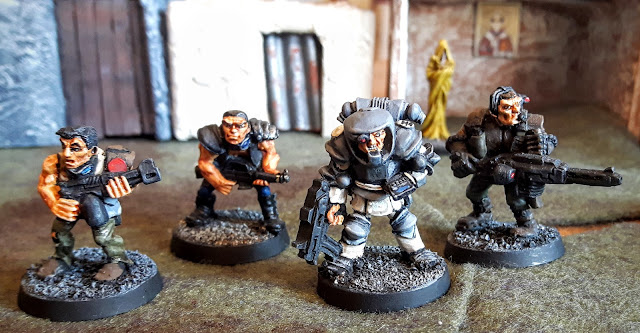 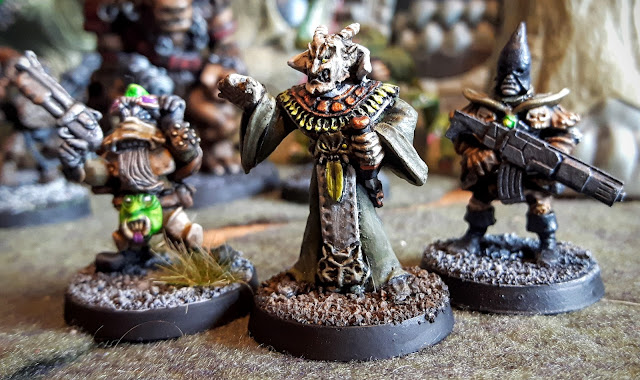 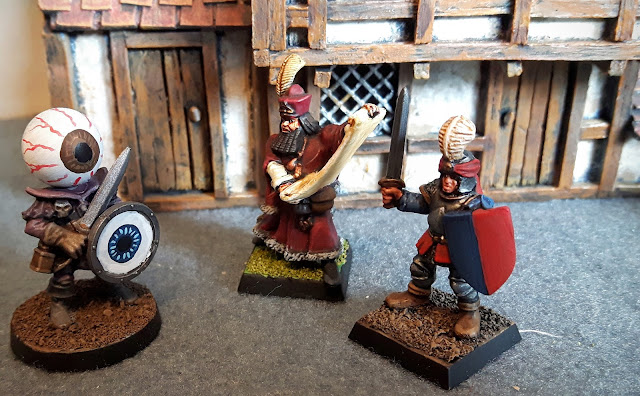 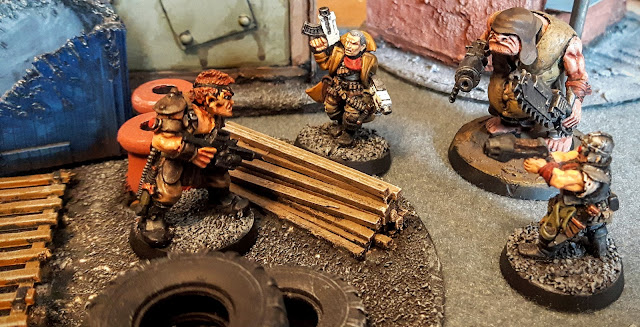 These are part of a series of vignettes I've been posting on the Facebook Oldhammer community as well as on other social media. Basically, now that I've got some free space on my workbench, I've been using it to shoot tiny little miniature scenes. So far I've focused on Oldhammer stuff, but I will probably eventually expand it to showcase the stuff I've painted for Strange Aeons, Frostgrave and (in progress) Wasteman. I will have a longer post to make about this series at a later time.
Posted by James Holloway at 01:59