I have only recently started getting really interested in collecting certain types of games. I'm still mainly interested in getting fun old books on the cheap rather than snapping up rarities, but I've got a few things lately I'm quite happy about:

But that's not what I'm going to talk about today. The game that I want to acquire isn't a specific game -- rather, I wish I had a version of a particular game that would give me the resources to do certain things.

Weirdly, no version of Gamma World seems to be available in PDF, but Metamorphosis Alpha is, for less than £4. I'm going to have to pick that up just for the read.

And of course once again I mention Other Dust, which is really ... it's pretty good, I think.

I'm not saying that the Gammarauders comic was good per se, but it had some crazy visual stuff. 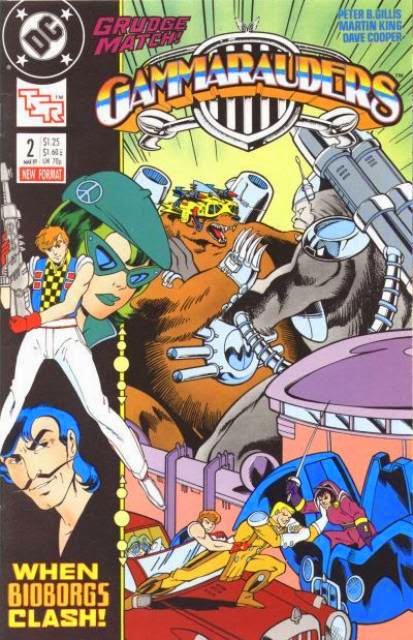 Email ThisBlogThis!Share to TwitterShare to FacebookShare to Pinterest
Labels: #RPGaDAY, Other Dust, RPGs