I have legit painted every model for my Armies on Parade entry. I am pretty pleased with this. Here are some non-exhaustive photos:

Posted by James Holloway at 02:15 No comments:

I like using miniatures in my D&D games, as I have probably mentioned once or twice, but the expense of resin or plastic dungeon sets has always put me off. Paper ones are fine, but you have to put a good amount of work into them to make them look good and stay on the tabletop without sliding, and just drawing on a map or using the bare tabletop and having pencils and things for walls is nice but lacks visual panache.

I think, however, I've figure out what I'm going to do from now on.

I was making road scenery inspired by a video from The DM's Craft on YouTube, and I picked up a bunch of craft foam to make it with. The stuff I was using for my pavements was this grey foam: it comes in more-or-less A4 sheets and sells for 50p at Hobbycraft. You can probably get it cheaper and larger elsewhere. 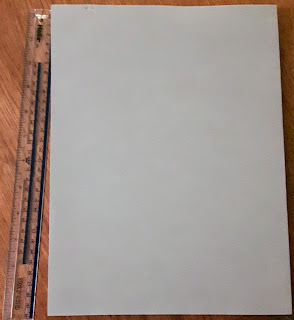 This stuff is soft, cheap, and easy to work with. When creating the pavement, I learned that the way to do cracks and texture on it was simply to draw on it with a blunt pencil. You don't want a sharp point, which will tear the foam: you want a nice rounded one that you can press into the surface. It will leave a darkened indentation that creates texture.

With my blunt pencil, I drew in a grid of 1-inch squares. 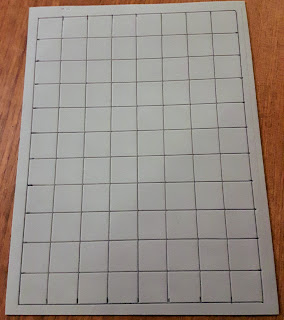 Then I went over it, adding cracks, stippling and so on to give the squares a little texture and variety. I also added a small border and trimmed off the excess. 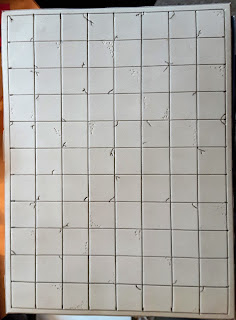 Depending on your preference, you could either cut this into corridor and room shapes or you could just use it as a base and form your rooms with free-standing walls. Which reminds me that I should probably make some walls. I'm going to keep mine in complete sheets because that way I can also use it for plazas, courtyards and so on when doing urban terrain.

I mainly did this so that I could use it as a base when taking the photos of miniatures I use to promote my podcast, MONSTER MAN. Here's an example: 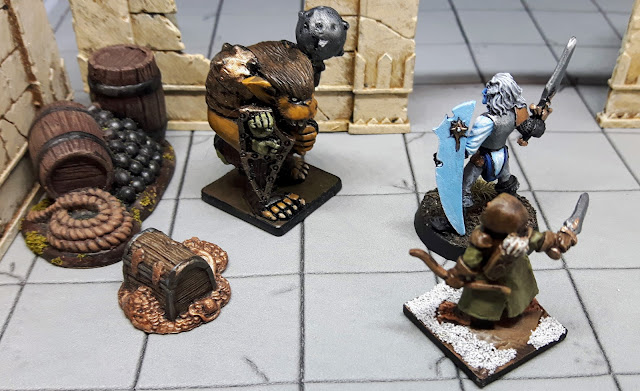 So, yeah, cheap and easy to make: I did a sheet of these in about 10 minutes while watching TV last night. Next time I'm in town I'll try to pick up some more; it'll give me a project to work on in idle moments.
Posted by James Holloway at 01:50 4 comments: