This page features some of the entries for the second Monster Man contest. It doesn't include entries sent to me as an external link, so if you want to see all of the entries, go to this page here. 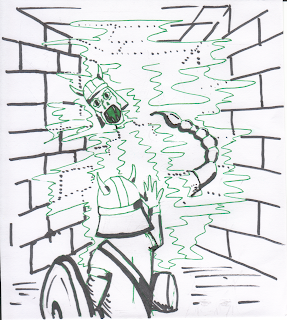 The "Cloud of Chaos" is a manifestation of a cross-dimensional shift in magical energy, where magic is drawn to the corporeal plane by the, usually sudden, presence or absence of magic in some form. It is generally thought to exist due to the excessive use or blending of magic, although it can also be created after the sudden death or dimension-shift of a powerful magic user. It is also thought that a cloud may form as a result of magical shock or magical pressure gradients within the multi-planar system. Similar to air which rushes to fill a vacuum, or sea fog rolling in to shore due to the differences in temperature and humidity between land and shore. The chaos cloud accumulates in the corporeal plane for reasons that only the well versed in multi-dimensional magi-physics can hope to comprehend (i.e. mostly only those whom are considered completely mad). It is typically a mixture of magical forces, hence the chaotic description given to the phenomenon. The cloud might have mutational or necromantic properties, or even have the ability to heal creatures which are engulfed.

Conditions for the creation of a cloud of chaos may include, for example:


Once it has manifested, from afar, a cloud resembles a regular cloud, mist, fog or smoke, but it may have some striking colouration: very dark and brooding, a mix of bright neon hues, or like a astronomical nebula. The properties of the cloud from within can vary depending on the mixes of magic that the cloud imbues. 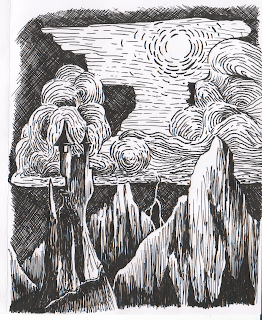 Its size can vary greatly, from a few centimetres across or less, to the size of an entire city. The extent of the cloud will be dependent on it genesis: the aftermath of a battle between powerful mages may cause a cloud the size of a valley; the unexpected teleportation of a sorcerer may cause a large brooding cloud around the high tower on the crags from whence they were transported; a failed magical experiment causing small puff of smoke; or a human-sized cloud can be deliberately created for storage in a bottle or magically bound within a lamp.

Its behaviour is unlikely to follow the normal laws of physics and it may even seem to possess a pseudo-sentient character - being able to follow an individual like a dog, or be able to choose one dungeon corridor over another, or fight against a wind to stay stationary.
The games master should choose whether a cloud has a given set of bizarre characteristics or determine them randomly. The process of random generation will be dependent on the game system used. A table with some ideas is given below; of course, this should be expanded by the GM or ignored completely:
D6


Also, the nature of the cloud can change on a whim, every so often (e.g. D10 combat rounds/D6 minutes/at the GM's will), roll a die: on an odd result, re-roll on the table above. This is optional. To remove a cloud, there are number of methods:


Stats for this entity depend on your game system and the nature of the cloud. Its strength may be negligible (it is a cloud with no form), its agility either negligible or anything up to very high (reflecting the ability to react to attack or capture), its intelligence would be fairly low in all cases as it only possesses pseudo-sentience (i.e. no more than animal-like intelligence). Its magical presence is very high, which might make a difference to a stat line. 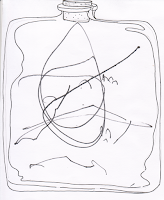 These dog sized bats hang from the ceilings of caves and tombs found in deserts. Sentient and wickedly clever, they covet all sorts of gems and gold commonly held by adventurers. As a result, Dunebats tend to congregate in one darkened, fearful room of their home and send scouts out into their dungeon. When a scout sends word of coming adventures, the Dunebats use their mimicking voices to set the stage, drawing the adventures over with cries for help. Then, when the adventurers arrive, the Dunebats will open their eyes in unison, and put on theatrics. The room, now lit up only by a thousand tiny gem-red eyes, will let out screams, the laughing of devils, the grumbling of mummies and the rattling of chains.

Most adventurers will run for their lives and conveniently drop their treasure. Those that keep their
senses and light a torch will learn that Giant Dunebats are actually a type of extremely lazy and
surprisingly cute fruit bat. Seeing as that they are unable to fool the wise adventuring party they trade
instead – fruit and coin for information on the dungeon, magic items and of course impersonations of 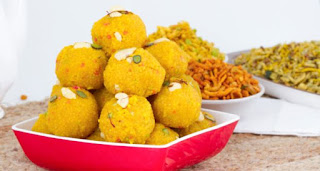 The origin of the wereladoo can be traced back to a spiteful warrior, who jealously poisoned the ladoo served at the wedding of his unrequited love. After the crime, on the fourth day of the waxing moon (and each after that) he turned into a bowl of ladoo. Since that time the wereladoo curse has spread in the following manner. The ladoo smells and tastes bitter to those of good alignment, and sweet to those of neutral or evil alignment. If all the ladoo in the bowl are consumed before the dawn, the curse is transfered to any who ate them. The original cursed individual will reappear wherever the bowl is when the dawn comes. Wereladoo can be cured by casting remove curse on the affected individual.

There are rumors that some particularly evil wereladoo have learned to control the curse and can transform at will to try to tempt the unwary.

Smashing the bowl of a wereladoo will kill it instantly and it will revert back to its humanoid form.
If a character of good alignment contracts the wereladoo curse their alignment changes to neutral. 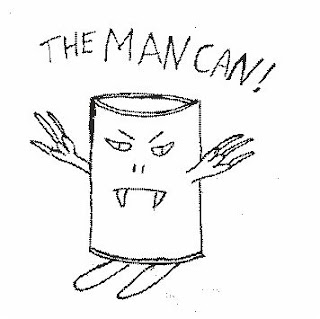 Man Can by Christopher Cale

The dreaded MAN CAN lurks in dungeon store-rooms, waiting to pounce on unsuspecting adventurers and devour them. These small creatures look like ordinary food cans, until an unfortunate adventurer gets too close to the shelves they are roosting on. They are surprisingly resilient for their size, due to their armoured bodies, but can be held at bay by strongly presenting a can opener.The MAN CAN is typically encountered when an adventurer decides to search a store room; 1 to 6 of them will suddenly reveal claws and fangs and leap on the adventurer. The adventurer must successfully test their LUCK or lose 1 STAMINA per MAN CAN. They must then fight them off as normal. Once the MAN CANS have been defeated, the adventurer may take them as Rations. Each MAN CAN becomes one Ration, though the adventurer will require a can opener to be able to get into them. The cans have no labels and have a roughly equal chances of being beans, peaches or spaghetti hoops.

This unicorn is dark brown to black in coloration with a mane consisting of thin, leafed willow branches. Its horn is shorter than that of the standard unicorn, curves upward slightly and resembles dark, twisted wood. Black Willow Unicorns are found in swamps and wetlands and are the protectors of these fragile ecologies. As such they are much more fierce and territorially protective than a normal unicorn. When in these environments they have 15% spell resistance. They may allow themselves to be ridden by druids or dryads. Black Willow Unicorns are immune to poison and may cure poison at will, with a touch of their horn. Possession of a Black Willow Unicorn horn renders the bearer immune to poison.
Posted by James Holloway at 00:52 No comments: