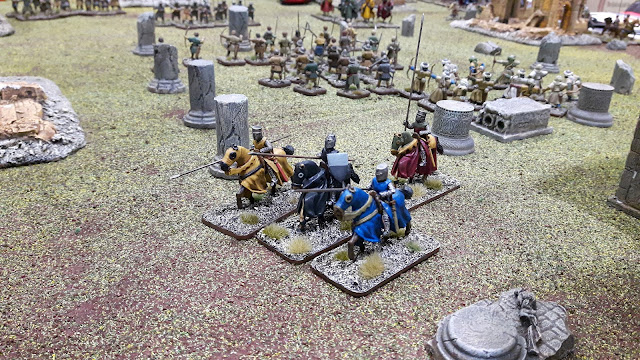 So check out Gaming a Crusader Castle, won't you? There'll be more stuff going up on there in the coming weeks as we create scenarios, write articles and more. We'll be going to games shows throughout 2018 and 2019 to show off the Byblos Castle keep model by Supreme Littleness Designs and also to run some games using a range of different historical systems, starting with Claymore 2018 in Edinburgh.
Posted by James Holloway at 02:55 2 comments:

A lot of my time lately has been taken up with various projects that I have either talked about here or will hopefully talk about soon. But I haven't stopped playing games! Despite my enthusiasm for Ghost Archipelago, many of my local gamers remain devoted to Frostgrave, and that's fun too. We've been playing a lot lately at the games night hosted by a local book store. In fact, their games selection is pretty good -- and as a Cambridge University alum, I'll get a discount, at least as soon as my alumni card arrives. So that's pretty good!

Anyway, I've created (or more accurately recreated) a Frostgrave warband and returned to my age-old practice of just getting my butt kicked. We usually manage to get two tables playing at once, so here are some photos from the most recent event -- they're mostly the other board, since the lighting was better over there.


Anyway, I'm having fun and really pleased with the effort a big book store is making to cultivate its gaming community. It's mostly board games there and a little D&D, but we do make a fun spectacle. People often come by and ask what sort of game we're playing; I should put together some starter warbands for kids or whatever.

Posted by James Holloway at 01:17 No comments:

Diceni is a gaming show in Norwich that I keep meaning to go to and never do, but this year I found myself at a loose end and decided to pop over and visit it.

I really like the format of the show: it's a ring of traders surrounding a core of demo and participation games in a big open area in the centre of a building called the Forum. This is a big sort of community centre that also houses a cafe, a theatre, the public library and so on. What this means is that people are always moving in and around the show. I saw a lot of parents there with their kids, and lots of those kids happily playing games. Entry is free, which I imagine helps there.

Here are some bad photos I took of the show floor: 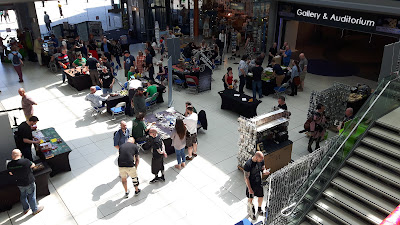 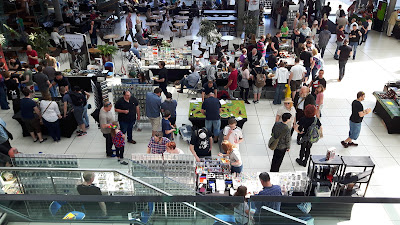 As you can see, it's pretty big, but not huge; it's very much set up for people to rock up, do some shopping, maybe play a quick game and then head out. Here are some of the things I saw: 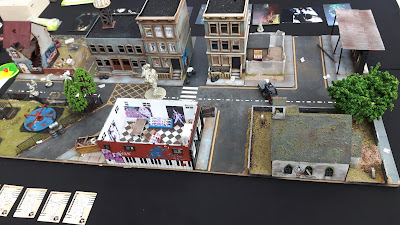 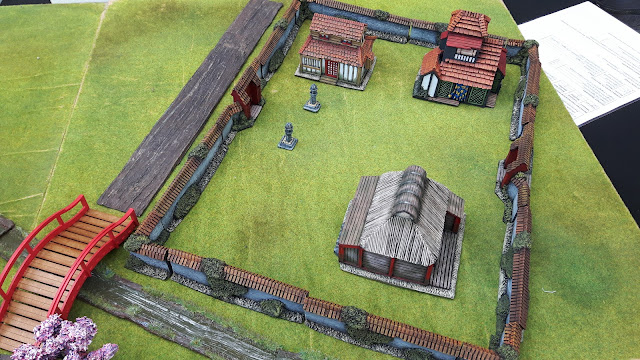 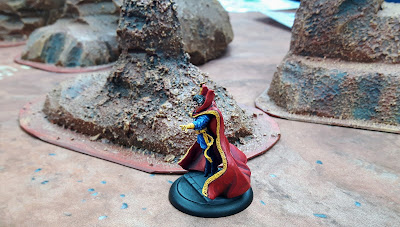 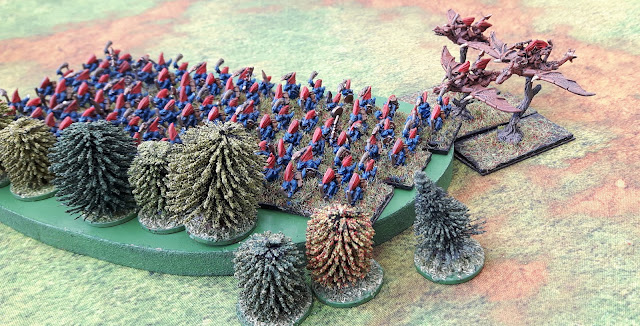 There was a pretty good mix of traders there, including Ainsty and The Assault Group on the miniatures side, as well as another historical manufacturer -- Hellion? I don't recall. There were a couple of other minis game companies around, including the guys who make Mythos and Purgatory. There were also board game companies, people selling dice and other accessories, and the thing I like most: second-hand games! 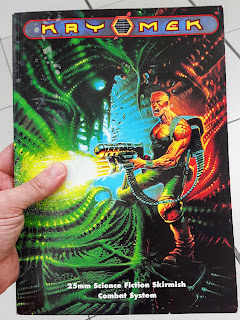 A friend of mine is very into this game, so I thought I would pick it up when I found it for £4. I flipped through it at lunch, and while I don't have much to say about the rules, the way the setting material is written is bananas.

Anyway, I also took the chance to visit a friend who works nearby, and had a walk around Norwich, looking at some sights and doing some shopping.

I liked the concept of Diceni as a very accessible show in a public space. The location makes it good for drop-in visitors, and most of the display games were fun and colourful. I feel like if you're going for a drop-in event, Saturday might be better, but I expect there are more potential clashes on the Saturday of a Bank Holiday weekend, so it's a trade-off. If, like me, you have other stuff to do in Norwich, it's a fun way to spend a few hours.

Posted by James Holloway at 00:41 No comments: